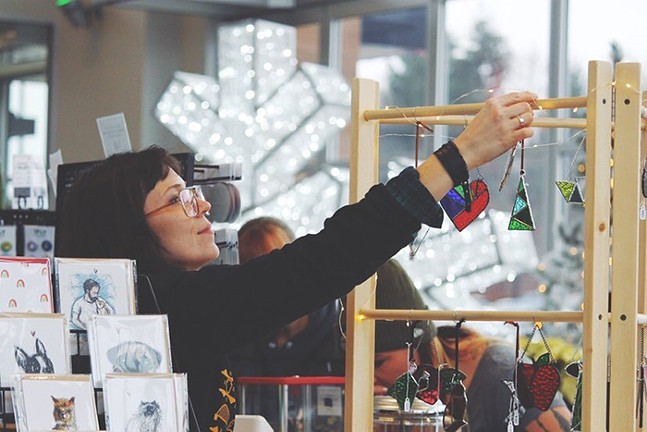 Photo: Courtesy of I Made It! Market
Meghan Tutolo of 1flychicken creations
For independent artists and craftspeople, Etsy has provided a platform where they can sell their products to customers beyond their local market. As of Monday, Etsy sellers all over the country have waged a boycott against the online marketplace after it announced a 30% hike in its transaction fee. Those opposed to the increase, which requires sellers to pay a 6.5% commission on each transaction instead of the 5% that was in place since 2018, claim that it would put a major dent in their profits, as many depend on Etsy to reach a significant portion of their customer base.

This has resulted in an outcry against the change across social media, the creation of the Etsy Strike group, and a weeklong boycott running from the day the increase was enforced on April 11 through April 18. There is also a petition that, as of now, has already generated over 67,000 signatures demanding that Etsy cancel the increase.

Pittsburgh sellers are among those opposing the fee increase by participating in the Etsy boycott. One vocal supporter of the boycott is Matthew Buchholz, who has long used Etsy to sell the pop art-inspired cards, calendars, stationery, and other items he produces under his business Alternate Histories. He says the fee increase, which was announced to sellers via a mass email sent by Etsy CEO Josh Silverman on February 24, would, for him, “represent a potential loss of at least $1,000 but that's not even the big issue.”

“Right now with ads and other hidden fees that have increased, Etsy takes around 13% of my sales, and then it's up to me to pay for shipping and producing the item,” says Buchholz. “So I'm out anywhere from 40-50% of the sale price, which is a far cry from their claims of 6.5%.”

Silverman also announced the change in a message on Etsy's Community page, saying the increase would support the company's goals of making "significant investments in marketing, seller tools, and creating a world-class customer experience." 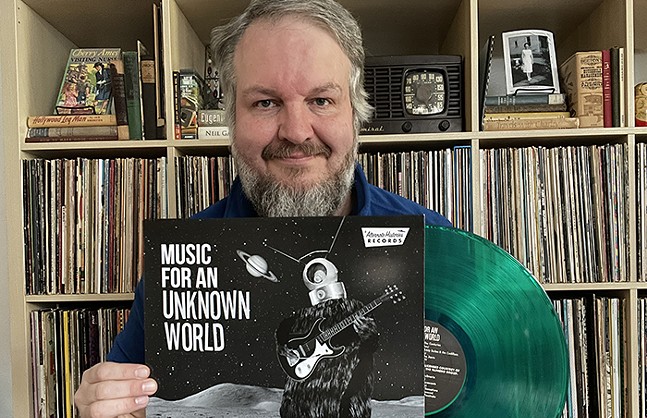 Photo: Matthew Buchholz
Matthew Buchholz of Alternate Histories
Ashley Devine, who sells stickers, totes, and other items featuring her designs, says the rate increase has had an immediate impact on sellers like her.

“I have no choice but to raise my prices on Etsy, which will likely lead to less sales for me since people are only willing to pay so much for a sticker,” says Devine, who sells under the name YEAHYELHSA.

Meghan Tutolo of 1flychicken creations says that when she saw the Feb. 24 email about the increase she “just knew it was going to be another blow” to her business. She adds that the fee increase “is really just the final straw in a long line of disappointing decisions made by Etsy in recent years.”

“For me, this fee increase wouldn't feel like such a gut punch if Etsy was actually taking into consideration any of our needs and wants,” says Tutolo. She explains that Etsy often “changes things up and makes decisions” without consulting sellers and that those using the platform have few options when it comes to airing their grievances.

“There is no compromise. There is no give and take,” says Tutolo. “Nobody asks us what we need or how we feel about changes — past or present. It's like no one is listening and no one cares. I mean, you can't even call a phone number if something goes really wrong with a customer or if AI randomly shuts down your shop for no discernible reason. So when they come at us with this language of ‘togetherness,’ it's laughable.”

Buchholz says the fee increase was “the last straw” for him after experiencing a long string of issues in dealing with Etsy. He says Etsy pressures sellers to offer free shipping and has “continually refused” to help him take down illegal counterfeit copies of his work that were being sold on the site.

He and Devine also bring up a Star Seller program that Etsy launched in September 2021, which affects a seller’s visibility on the site unless they meet a number of criteria. According to the Etsy website, the program rewards sellers who, among other things, respond to 95% of customer emails within 24 hours, meet a minimum of 10 orders and $300 in sales during a three-month review period, and consistently receive five-star ratings from customers.

Devine says that her sales have dipped 50-60% since Star Seller launched.

Tutolo says that, while the increased fee served as a catalyst, Etsy sellers have many different reasons for boycotting the platform.

“For many of us, we've been waiting for our chance to be heard,” Tutolo says. “I've been squawking on Twitter for years trying to get Etsy to listen to me. What are our options, really? Like I said, there is no way to even talk to a human. I think if you're going to be a public-traded company, someone needs to be manning the ship. Except, at Etsy, it often feels like there is no one.”

The mounting issues have led sellers to begin looking for other options. Devine says she plans to open a shop on Squarespace, and eventually leave Etsy completely, but she adds that Squarespace doesn’t have the marketplace format that Etsy does.

“That’s the reason so many of us have stuck around, but with the new fee increases, it won’t be worth it for me anymore,” says Devine.

Buchholz echoes this, saying, “I do sell my work on my own website but the advantage of Etsy is that it has a wide reach. My own personal website doesn't get even .0001% of the traffic that Etsy does.”

Tutolo says those outside the Etsy community also don’t understand the level of commitment it takes to build a presence and customer base on the site, which is difficult to give up.

“What we hear all the time is, ‘Can't you just sell your stuff on a different platform?’ No, not really,” says Tutolo. “When you decide to plant roots somewhere, you invest a lot into that. Not just the time and energy it took to make all of those listings, which for some of us, is a lot — but customers look for us there. It's our home. Etsy is a name that is recognized over years of handwork. And frankly, Etsy draws our target audience. Doing that organically could never amount to the same amount of sales — not unless you're a superstar, you know? And most Etsy sellers are not superstars. I don't think it's fair to expect people just to ‘pack up and leave or quit whining.’ That's just not a solution.”

Photo: Ashley Devine
Selfie of Etsy seller Ashley Devine (YEAHYELHSA) on a post office run
Devine says that the fee increase represents just another way the company has strayed from the original business model that attracted so many small makers, artists, and crafters in the first place.

“The largest difference in my opinion is the huge presence of resellers,” says Devine. “A few years ago, in an effort to compete with Amazon, they stopped removing accounts who were selling cheap mass-produced products. It has made the platform a less special place to shop for customers, and a more difficult platform to sell on for small businesses.”

Buchholz attributes the change to Etsy becoming a publicly-traded company in 2015, saying that, since then, “their focus has been more and more on the stockholders and less on us makers.”

“Despite being the ones who actually propel the marketplace, more and more we feel like checking accounts to be drained, as opposed to partners," says Buchholz. "The current leadership is trying to turn Etsy into Amazon, which is antithetical to what made Etsy so great to begin with.”

Buchholz says it pains him to see Etsy turned into “just another e-commerce site,” as it has been a help to him and other sellers.

“I loved them for years; I was able to start a new life in Pittsburgh because of my success on the platform,” says Buchholz. “I bought stock when they went public, I consulted with them on their Etsy Maker Cities program, I was all-in.”

While the future remains uncertain, Buchholz, Devine, and Tutolo suggest a number of ways buyers can support their favorite Etsy sellers during the boycott and beyond. They encourage customers to buy directly from seller websites or e-commerce platforms.

“I would love it if Etsy reverses course on some of these decisions, but given their intransigence, I doubt that will happen,” says Buchholz. “My hope is that people see there is a community of makers and vintage sellers who agree that you can't treat small independent artists like giant corporate entities. We're people, not robots and we deserve to be treated as such. And maybe this strike can lead to a better platform for all of us.”
© 2022 Pittsburgh City Paper