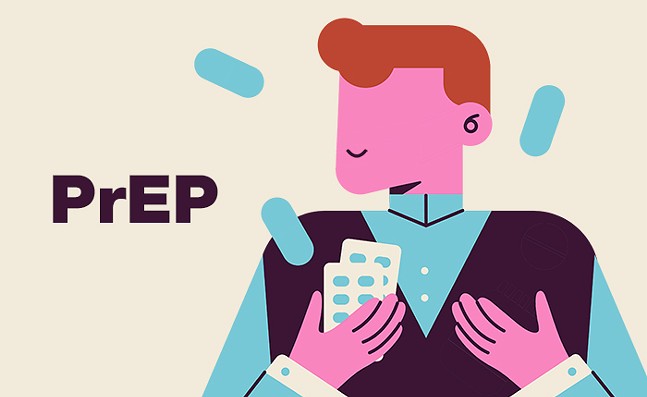 Local HIV advocates are cheering the Biden-Harris administration’s proposed funding increase for federal HIV-eradication efforts and expanded access to PrEP, or pre-exposure prophylaxis, which refers to pills and injections that prevent HIV.

Biden’s proposed budget for fiscal year 2023 seeks a significant increase in funding for the Ending the HIV Epidemic in the United States initiative, which aims to end the epidemic by 2030, devoting a total of $850 million to the programs. The budget also seeks to invest $9.8 billion over 10 years in expanding access to PrEP.

“The proposed expansion is very warranted,” says Sean DeYoung, CEO of Allies for Health + Wellbeing. “This is going to be a huge boost across the country, especially in non-Medicaid expansion states where you have a lot of uninsured individuals.”

It’s important to direct this federal money towards PrEP services for people without insurance, says advocacy group PrEP4All in a statement on Biden’s budget, because “the estimated 30 million Americans who remain without insurance are disproportionately Black, Latinx, and transgender,” noting that these are “the very same populations who have the lowest rates of PrEP use.”

“In 2019,” PrEP4All continues, “the CDC found that 63% of white Americans recommended for PrEP received a prescription, compared to 14% of Latinx/Hispanic Americans and just 8% of Black Americans. While some options do exist to cover PrEP expenses, they are incomplete, fragmented, and complicated. The new funding in the FY 2023 proposed budget can be used to overcome these barriers and help put the national HIV strategy on track for success.”

Allegheny County has a higher-than-average PrEP utilization compared to Pennsylvania’s other counties, Och says, and PrEP use in the county has increased over the last several years.

AIDS Free Pittsburgh found, in its analysis of local insurance data, that PrEP utilization in Allegheny County increased 144% from 2015 to 2020.

The Allegheny County Health Department reports that in 2020, there were 79 new HIV infections. AIDSVu estimates that for every person diagnosed with HIV in Allegheny County last year, there are 13.69 people taking PrEP, a “PrEP to need” ratio that is also better than the state average of 8.11.

“I believe that we have a number of very good PrEP providers in Allegheny County, and we all work together to get messaging out regarding PrEP access points,” says DeYoung.

“Biden’s national PrEP plan may not benefit Allegheny County right away,” Och notes, “since it is not one of the priority jurisdictions included in the first phase of the national Ending the HIV Epidemic in the U.S. plan." Until that time, Och says the AIDS Free Pittsburgh collective is "focused on bringing stakeholders together to take action on ending the HIV/AIDS epidemic locally. “
© 2022 Pittsburgh City Paper