The Pittsburgh Cultural Trust announced that the Festival will take place from May 14-15, and satisfies its mission of connecting the Pittsburgh community with "international arts, entertainment, and culture" by featuring arts groups and performers from France, South Korea, and Switzerland, as well as from the United States.

Like previous Festivals, the programming caters to children and youth, with some performances designed for specific age groups.

Variations of the festival have been held online and remotely throughout the last few years, but the last in-person Festival was held in 2019.

“After three years away from the Cultural District, we couldn’t be more excited to present the EQT Children’s Theater Festival live and in-person this year,” says Pamela Komar, Director of Theater, Music, and Youth Programming for the Cultural Trust, in a press release. “Our theater staff, performers, artists, and community organizations have been planning for this event for years now and we have some very special things in store for you.” 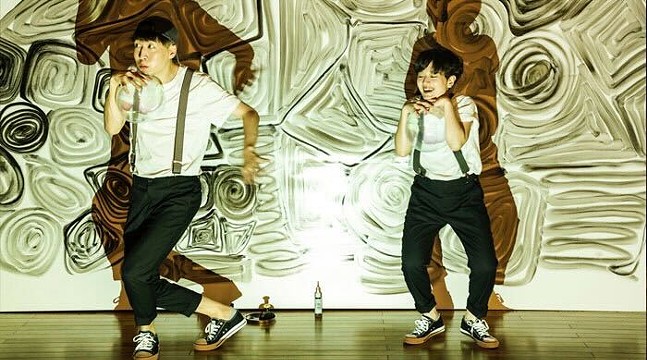 Photo: Courtesy of Pittsburgh Cultural Trust
Doodle POP!, part of EQT Children’s Theater Festival
Included in the lineup is Starshine, an immersive, astronomical theater piece by Jumping Jack Theater, and Grimmz Fairy Tales, a hip-hop remix of stories like Snow White and Hansel & Gretel as performed by the Experiential Theater and Children’s Theater of Charlotte. Audiences can also expect the "breathtaking acrobatics and death-defying feats" of Won’Ma Afrika by Cirque Kalabante, the underwater adventure Doodle POP! by Brush Theatre, and PSS PSS, a silent physical comedy piece by Compagnia Baccalà.

Other attractions include the baby-friendly show Flutter, acts of illusion by Mr. Messado’s School of Magic for the Young and Young at Heart, and various musical performances.

“The EQT Foundation is honored to once again provide underwriting support for the EQT Children’s Theater Festival,” says Ellen Rossi, President of the EQT Foundation, in a press release. “We are so grateful that we can finally gather in the amazing Cultural District theaters and art spaces as we celebrate our region’s rich network of talented artists and welcome international performers to the Festival. This event has become a staple of the springtime in Pittsburgh, and we cannot wait to see you there!”
EQT Children’s Theater Festival. May 14-15. Cultural District, Downtown. $12 for featured performances. pghkids.trustarts.org
© 2022 Pittsburgh City Paper