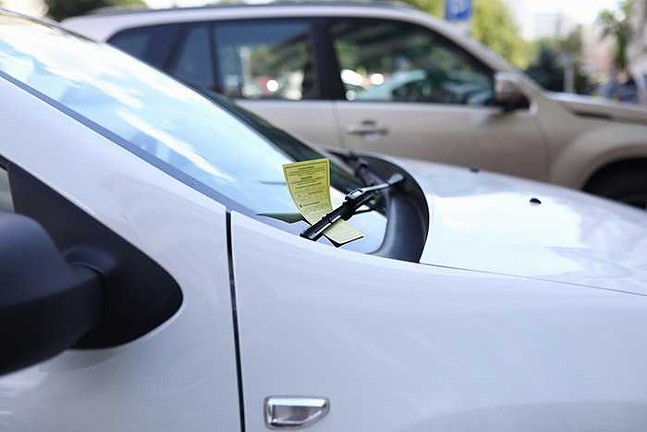 23 hours after announcing a new “community relations effort” in which police officers would distribute vehicle “report cards” to parked cars in county parks, grading them on whether or not they are “an easy target for theft,” the Allegheny County Police Department abruptly canceled a media demonstration for the program one hour before it was scheduled to begin. Two days later, following public criticism on social media, the county says the program itself has been canceled.

In response to a Pittsburgh City Paper inquiry into the reasoning behind the demonstration's cancellation and status of the program, ACPD spokesperson Inspector Wesley J. McClellan wrote in a March 6 email, “We will not be implementing this program at this time. I have no further information to share.”

According to a March 3 release announcing the vehicle report card program, the initiative was intended to “reduce vehicle-related thefts across the nine county parks system.”

“The report card may note that the vehicle had valuables in plain view, doors unlocked, keys left in the vehicle, a window open, or other characteristic that makes it an easy target for theft,” the release continues.

Local anti-racist activists, however, say the proposed program would create opportunities for unnecessary police encounters and harassment of Black residents.

1Hood Power, a social advocacy organization affiliated with 1Hood Media, tweeted their opposition to the vehicle report card program on March 4, writing, “We of course are opposed to this measure and are against the expansion of state surveillance under the guise of ‘community policing’ and ‘public safety’ as these measures do not keep communities safe.”

County Councilperson Bethany Hallam agreed, tweeting, “This initiative is sending county police on a mission without a reason, forcing them to snoop on the vehicles of folks attempting to enjoy our county parks. It has the potential for serious 4th Amendment violations, so we’re fighting to stop it. … These ‘report cards’ are doing the exact opposite of what the county claims to be doing: they’re ENDANGERING vehicle owners. I don’t know about you, but I don’t want the police putting a note on my door telling everyone who walks by how to break in.”

ACPD declined to respond to this criticism of the proposed program.

Hallam also posted the text of a proposed ordinance, of which she is the primary sponsor, which would amend the County Code to explicitly disallow county employees from conducting any “stop, search, inspection, review, or seizure” of individual property in county parks without a warrant or probable cause. Hallam will introduce this ordinance on Tue., March 8 at the County Council’s regular meeting.
© 2022 Pittsburgh City Paper