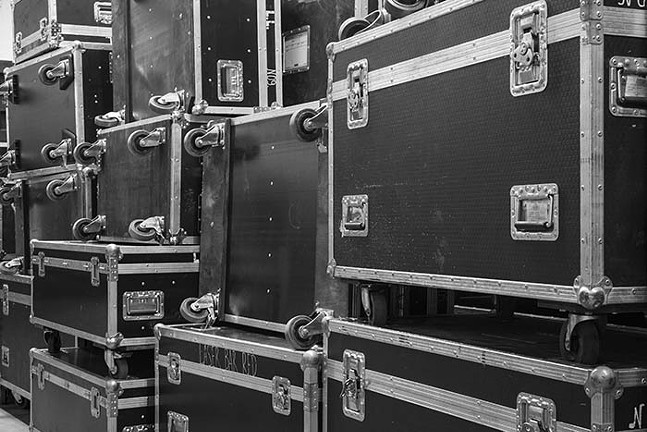 A local concert promoter hopes a new collective will not only bring more artists to Pittsburgh but support the musicians by offering them a new “artist-driven approach” to touring.

Drusky Entertainment is one of the founding members of D Tour, a new collective consisting of independent venues and promoters from nine states across the country. Their new venture, announced on March 1, is designed to create “a new concept and approach to tour booking,” according to a press release, matching touring artists with one of the group’s “wide variety of venues” with capacities ranging from 200-8,000.

“We are very excited to be one of the founding members of D Tour and hopefully having this network to help not only strengthen the ties with independent venues across the country, but bring more touring opportunities to the city, helping use this network to bolster artistry and artist development, as well as enrich the spirit of collaboration, which has been critical to help strengthen the independent sector,” says Adam Valen, Drusky’s marketing manager.

Valen says Drusky Entertainment, which is owned by Brian Drusky and promotes shows at a wide range of local venues, including Carnegie of Homestead Musical Hall, Jergel’s Rhythm Grille, Hard Rock Cafe, and more, became connected to the other founding members because of their shared work lobbying for emergency relief during the COVID-19 pandemic, which shut down concert venues across the country, and left them struggling to stay afloat.

Valen and Drusky were at the forefront of the local push for the Save Our Stages Act, which was passed by Congress in December 2021.

Now, the members of D Tour are looking for new ways to progress and “help embrace the nature of touring and artist development,” according to Valen.

Instead of a touring musician having to speak to multiple promoters in multiple cities to book their tours, D Tour will serve as the artist’s single booking contact for venues in all nine of the group's regions. The collective’s first booked tour will kick off with singer and multi-instrumentalist Elise Trouw, who may or may not be coming to Pittsburgh — tour dates haven’t been announced yet, and Drusky’s still mum on the details — and Valen says they plan to work with artists of all genres.

“It feels like there will be much more attention to detail for the tour,” Trouw told Rolling Stone magazine about working with D Tour so far. “The network of venues are already holding regular calls to discuss planning and marketing. These calls will continue through the tour and if there’s anything we learn from shows I’ve played, those ideas will be communicated to the remaining venues so that we are all on the same page and improving as we go.”

But what does it mean for Pittsburgh concertgoers? Valen says he’s hopeful the new booking system will allow Drusky to “help bring some great new artists into Pittsburgh, as well as help bring more shows to the region in general.”

“On the surface, nothing will look different about these shows, other than we hope to bring some more kickass shows to Pittsburgh,” says Valen.
© 2022 Pittsburgh City Paper