CP Photo: Pam Smith
A candelight vigil is held for Peter Spencer at Highland Park on Sun., Feb. 6, 2022.
Friends and family of Peter "Bernardo" Spencer held a candlelight vigil in his memory on Feb. 6 in Highland Park. Spencer, 29, a Jamaican immigrant from Pittsburgh, was shot and killed in Venango County on Dec. 12 while on a camping trip with coworkers. Spencer was fatally shot nine times, including multiple gunshots to his back. No charges have been made.

Those close to Spencer shared memories of his legacy and called for justice in the investigation into his death. Supporters lit candles and lanterns, and garnered support for Spencer’s fiance, Carmela King, and their unborn child through donations. 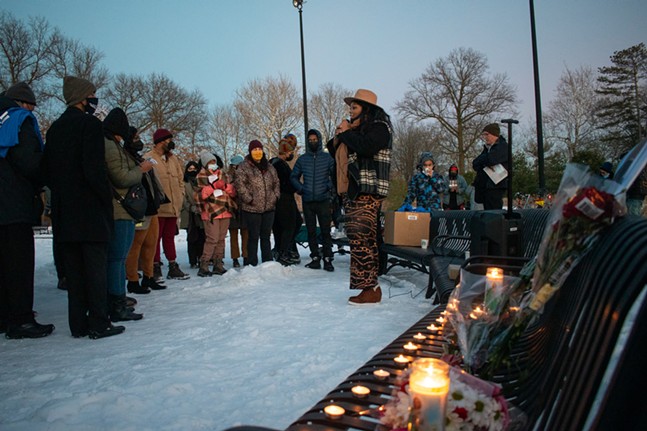