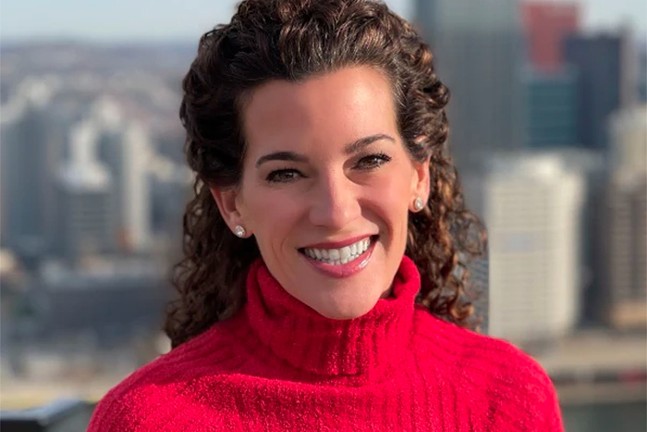 Bell’s new show, Wendy Bell Common Sense, will premiere on Sat., Jan. 29, according to a Newsmax press release, and will examine daily news with a “lively approach to national issues.”

"People are hungry for common sense in this country, and that's what this new program is about," Bell said in the press release. "Telling the truth, having great conversations, talking about what really matters.”

She ended the quote with, “It's going to be outstanding,” sounding not unlike former President Donald Trump, who she frequently shouted out on her previous platforms.

Bell has a history of spreading controversial, often misinformed statements.

Recently, she has been spreading anti-vaccine rhetoric on her website Wendy Bell Radio, as frequently reported by David DeAngelo of local blog 2 Political Junkies. During the pandemic, she also went as far as comparing those who disagreed with Pennsylvania Gov. Tom Wolf's coronavirus closures to people killed in Benghazi attacks.

The former WTAE anchor started her own site after being removed from her radio gig at WJAS-AM Pittsburgh in May 2021, the third time since 2016 that she was taken off the air by Pittsburgh-area media companies.

Bell was fired in 2016 after she posted a message on Facebook about a mass shooting in Wilkinsburg, which was called out for being racist. In September 2020, Bell was taken off the air from her radio host position at KDKA Radio following comments she made on-air advocating for park rangers to shoot protesters while talking about demonstrators protesting Mt. Rushmore in summer 2020.

During her time at KDKA Radio, she also questioned if it was worth shutting down many parts of the American economy to avoid millions of Americans dying from coronavirus, causing advertisers to pull from her show.

After losing her job at KDKA Radio, Bell hosted a show on her Facebook page, which accumulated tens of thousands of viewers, but her account was banned from posting videos for spreading misinformation.

"Wendy Bell has had a remarkable career as a television journalist and radio host, and throughout it all has been an advocate of common sense and American values," says Newsmax CEO Chris Ruddy in the press release. "We are glad to have her on the Newsmax team."
© 2022 Pittsburgh City Paper