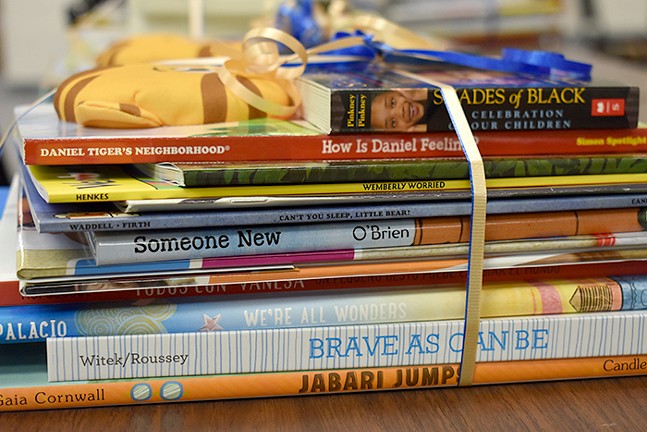 This year, the theme is "Justice from the Beginning," featuring books that were selected for children of all ages to learn about social justice. The list contains 25 books selected by a team of experts from the Office’s Literacy and Learning division. Topics covered in the books include environmental justice, land rights, and Black history.

Now in its fourth year, Books for Change has previously requested donations based around other themes, including anti-racism.

The Office is now asking for members of the public to help purchase the books, which will be delivered to area schools and childcare facilities, primarily in the Hill District.

Some of the titles included are We are Water Protectors by Carole Lindstrom and Michaela Goade, Sing A Song by Kelly Starling Lyons and Keith Mallett, and Milo Imagines the World from Matt de la Pena and Christian Robinson.

To further their message of social justice, the Office partnered with City of Asylum, a North Side organization with a book store that specializes in titles and programming focused on marginalized or persecuted voices. In addition to a broad range of genres for adult and young adult readers, the City of Asylum Bookstore also sells children's books.

Those interested in donating to Books for Change this year can buy titles directly from the City of Asylum Bookstore book drive page or from the Books for Change Amazon Wish List. Monetary donations are also being accepted through the Office of Child Development Book Drive Fund.

According to a press release, Books for Change started in 2018 as a response to the Tree of Life mass shooting, when 11 worshippers were gunned down in a Squirrel Hill synagogue. It was later revealed that the shooter, Robert Bowers, yelled anti-Semitic sentiments after being apprehended by police, with later reports revealing that the Baldwin, Pa. man also made threats against Jewish groups on the website gab.com.

"After the 2018 tragedy at Tree of Life Synagogue, our entire Pittsburgh community was moved to action," the press release reads. "At the Office of Child Development, we wanted to help the community heal, so we turned to one thing we know particularly well: picture books."

The Office claims that, since its inception, the annual Books for Change book drive has collected and donated nearly 5,000 books.

This year's drive will collect books for the rest of December into January, and deliver the books in March 2022.
© 2022 Pittsburgh City Paper