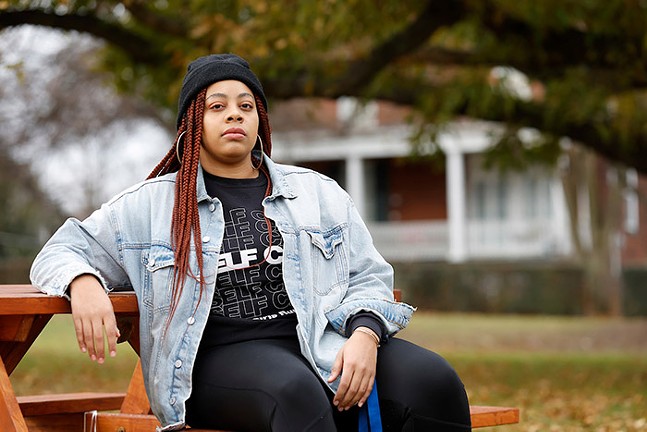 CP Photo: Jared Wickerham
Danielle Inez Walker
There weren’t enough characters to type out the feelings trapped in the pit of my stomach as I watched my timeline fill with posts about the tragedy. 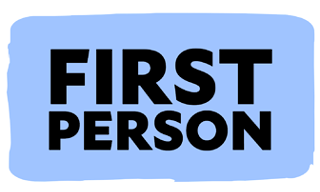 PublicSource and Pittsburgh City Paper partnered to co-publish this first-person essay
I had spent the better part of the post-midnight hours scrolling through tweets under the Astroworld Festival hashtag. It felt like a fever dream all of humanity shared in those 72 hours following the November concert in Houston, Texas. Concertgoers had compressed toward the stage and caused a crowd surge, leading to mass injuries and deaths. Each viral post, comment, and story, adding more pieces to a puzzle I wish we didn’t have to put together. There were hundreds of videos I couldn’t bring myself to play. Later, reports showed 10 people died, and countless others were hospitalized, including several people age 18 and younger.

I didn’t need to view collapsed concertgoers or EMTs rendering chest compressions to imagine how helpless onlooking attendees must’ve felt. I couldn’t help thinking out loud, “These people will need so much help sorting through the grief of this.” We all experience death and grief, but there is something about witnessing sudden death that shatters who you are. You are never the same, no matter how much you want to be.

I was 14 years old when my family was involved in a double-fatal car crash. I distinctly remember hearing an engine getting closer and a lone shard of glass moving perfectly in slow motion across my line of sight. I remember the silence after impact and being relieved that all of my family members in the car were alive, though badly injured. Overwhelmed, I exited the vehicle, I took a few steps forward and looked left to view the other vehicles involved.

It was a sight that I prayed I would forget.

There were two people in a car that didn’t make it, and I immediately felt my knees give. My cousin consoled me as best she could, but I remember repeating, “They’re gone” until she sat me down on a set of nearby steps. At 14, I knew these perfect strangers were pieces of the fabric of other people's lives and, in an instant, they were gone. It didn’t matter that I didn’t know them. They mattered.

I was the least physically injured of my family, but I was the only one who had seen the bodies. I was discharged from the hospital after staying overnight, but I physically felt disjointed. I felt empty, yet heavy. I was afraid to get in the car to ride home. I’d always had my own room, but I remember wanting to be wedged between my parents, like a baby. I was afraid to sleep alone, afraid that the bodies I’d seen would replay in my dreams.

I would ask my family to turn the TV off, afraid the news would yet again cover our story or that I’d have to hear the victims’ names and see their faces. I forced myself out of a normal circadian cycle and became almost nocturnal. I had no idea that what I was going through was a response to mental trauma. I just knew that I wasn’t myself. I remember bursting into a fit of tears while watching an episode of my favorite cartoon, clueless as to why. A lonely numbness and heaviness cycled, taking turns that entire summer. I slowly began to hermit myself, choosing solitude to cope.

When people on social media discussed the Astroworld tragedy, they talked about it like it was a coffee table conversation and not in ways to support the thousands of people who had just witnessed a traumatic life event. As both a musician and a survivor of trauma, the event triggered the painful memories of my adolescence.

The following school year, I’d only made it a month before it became too much for me to attend classes in person. My parents were so patient with me and never made decisions concerning me without asking how I felt first, but therapy wasn’t negotiable. They understood I needed more help than they could provide. At first, I resisted, saying, “I don’t want to go. I’m not crazy.” This was a misconception I held, not knowing my therapist would save my life 100 times over.

“I was reluctant to try therapy because I thought I would be on a couch with a condescending person gliding their pen and pad over my hurt.”

I was reluctant to try therapy because I thought I would be on a couch with a condescending person gliding their pen and pad over my hurt. My mom assured me that if I didn’t like the first therapist, we’d keep searching until we found one I did like. But by the end of the first hour, I was so comfortable with the therapist she’d found, I stayed under her care until she closed her practice many years later. A super heroine of a Black woman who gently guided me through the burdens of my mind and confirmed my parents suspicions; she confirmed I was suffering with PTSD, an anxiety disorder, and depression.

In therapy, some sessions felt like a conversation with a friend, others felt like immovable boulders, but that chair and room helped me in so many ways. There would be times when I felt like I didn’t even need to go because I’d had a string of good days. No sleeping during the day, no panic attacks, no sudden onset of heaviness, no hiding away in my bedroom. I thought therapy fixed me. It was a normal thought for a teenager to have, but, surely, the next blindside wave of depression would knock me back to reality.

CP Photo: Jared Wickerham
Danielle Inez Walker
It took a while to realize the event I witnessed had permanently rewired my brain. This was the new normal. Therapy wasn’t going to be a six-month certificate program. It’d be a lifelong necessity.

It took more than therapy to coax me out of my bedroom. Looking back, I realized how blessed I was with the family, church family, and friends I had. I didn’t want to talk much then, but I had so many cousins, aunties, and family, by faith, who simply let me sit with them in gentle and care-filled silence. There were times when my anxiety wanted me to stay in bed or leave a place early, and they never pushed me beyond my level of comfort. I had many safe, familial places where I and my feelings were welcomed. They let me share what I was ready to and didn’t prod. I know I was totally covered in love and, without that, I don’t think I would have made it.

Trauma recovery is a pendulum. I would go from feeling everything so intensely to feeling nothing — there are still times when I wish to emote, but can’t. I would have extended periods free from episodes and then hit a two-month downward spiral. I would go from laughing and enjoying a social gathering to feeling isolated and alone. It is absolutely devastating to go through the mental and emotional whiplash; you’re simply along for the ride.

Losing adolescence and early adulthood to recovery made me feel behind on an imaginary life clock. I desperately wanted to feel a sense of normalcy like I thought the lives of the people around me had. The pressure I’d placed on myself to keep from “falling behind in life” kept me in a vicious cycle of stagnancy and disappointment. I would go from staying on top of my college coursework to falling behind and sometimes failing a course. I would be afraid to speak up for myself with friends, at work, or dating because I didn’t want people to think less of me, not ready to share my struggles with the people who could possibly help see me through.

“It took a while to realize the event I witnessed had permanently rewired my brain. This was the new normal.”

Trauma responses, fear, and doubt easily took the driver’s seat, and would have control for almost nine years. I grew weary of the ways I set myself up for failure. I had to have my moment of realization. Stillness is as beneficial to my mental health as movement is. Once I realized I had to operate within my mental capacity and means, things got easier. All the dreams I held, I could still accomplish. I just had to work to release unrealistic expectations, use discernment, learn patience, and carry grace for myself.

At 30, depressive and anxiety episodes still happen, as do some of my triggers, but I still hold so much gratitude in my heart. I am purpose-filled and get to use the full spectrum of my musical and intellectual gifts to create a life I dreamed about, in spite of my traumas.

I get to be the embodiment of love, compassion, and support. I have a light in my eyes, and a desire to live, despite the many moments where I had neither. Each time I hear, “You carry it well,” I want to reply with, “I wish I didn’t have to carry it at all.” However, my desire is to use the transparency of my journey to help someone find the inner strength to keep fighting on another day.

My unwavering hope is that we can find ways to be more constructive, supportive and mindful of those who are going through life’s invisible pains. Whether we are speaking about those who witnessed the tragedy at Astroworld or those who are navigating a mental health crisis, I hope that we can be more mindful of the support, regard and care to those in trauma recovery. Be kind. You never know what the soul next to you is wading through.Danielle Inez Walker is a musician, songwriter, producer, and teaching artist from Homewood. Learn more at inez.us.
—————————————————-
This essay was made possible with financial support through the Pittsburgh Media Partnership.
© 2022 Pittsburgh City Paper