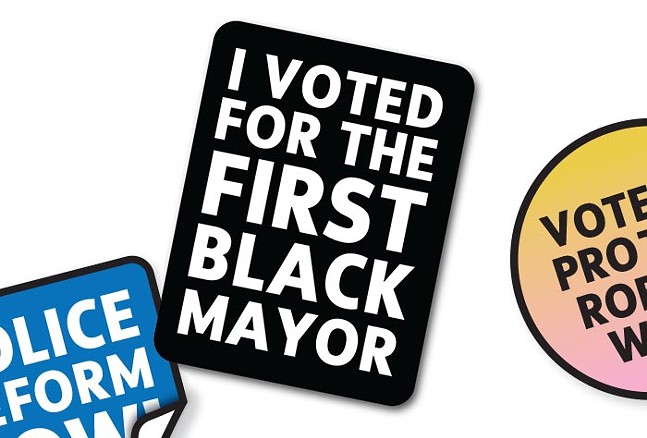 And end every day answering, “This is what I did to improve the lives of Black women today.”

Of course, this is not in the oath of office. Within the actual oath, we cite documents, a nation, and a place dedicated not to equity and justice, but to white supremacy, shown, in part, in the lack of fair representation of elective officials. Evidenced, in part, that you could be the first Black mayor of Pittsburgh in 2022.

However, improving the lives of essential bellwethers of justice, Black women and femmes who in Pittsburgh find ourselves often the lowest paid, most disrespected, unprotected people in our city is a moral obligation, opportunity, duty, and, I would contend, a privilege of the incoming mayor.

Recently, while speaking to two well-informed and engaged white Pittsburghers, I noted that Pittsburgh was named one of the worst places for Black women “for just about every indicator of livability.” To my surprise, they had never heard any of the statistics and reports, despite the efforts of a few local and national news outlets. It seems nearly impossible to speak loud enough to temper the glaring and gaslighting: the “Most Livable,” “Look, another list saying how great Pittsburgh is ...” stories that take up so much space.

A photo of a gorgeous sunrise over the Golden Triangle clouds the fact that the air quality is some of the worst in the country and that lead levels in the water of our commonwealth is a continuing fight. I haven’t forgotten the outgoing administration gaslit us on that fact, too.

All of this to say that in an effort to shake off the coal dust of insecurity of our former steel town selves, we have overcorrected so much that we fear honest and necessary conversations. In a city that has been multicultural from the beginning, we can now begin to tell the complete story of Pittsburgh and not just WhitesBurgh.

How can one be the Mayor of Pittsburgh’s Black women? Why would you want to? Well, can we stem the tide of Black flight out of Pittsburgh due to racist housing and economic policy? Can we increase the health of Black children? Dismantle the school-to-prison pipeline? Increase the health of Black families, mothers, and children? Can the most educated group in America, Black women, find a home, partner, life in Pittsburgh?

On Juneteenth of 2020, a year before the largely ceremonial adoption of the day as a national and city holiday, PublicSource published a piece I wrote about Black Women in Pittsburgh and in America. In the piece is a summary of many ideas taken from our neighbors locally and throughout the country, Black women and femmes, who are doing the work.

Some highlights of things you can do as mayor include:
• Ensure Black women and femmes are at the table for any and all health care issues.
• Invest time and resources to Black women-led organizations; directly invest, not trickle down economics.
• Hold each and every government agency accountable for how Black women and femmes are cared for and represented.
• Redefine the concept of health care to include multidisciplinary skilled people and paraprofessional care givers.
• Demilitarize education, including getting rid of police in schools.
• Equal pay for women, and close the pay gap based on race and gender.
• Look outside systems of oppression for partnerships and collaborations.

You have a lot on your plate, with many mountains to overcome even from within the building on Grant Street. However, you have built a coalition of people who are wishing you the very best and want to see you succeed. In 2021, it is bittersweet to have a “First Black” anything, but here we are.

While your current thoughts may turn to your first day in office, I want you to also think about your final day in office, years from now. Sitting at your mayoral desk, on the eve of the inauguration of the next next mayor of Pittsburgh. When you reflect on if you’ve been the Mayor of Black women Pittsburgh, if the answer is “yes,” I promise you the entire city will be the better for it. And Pittsburgh will become a shining example of equity for the region, the country, and the world.Author’s note: Elections are not over until they are over. In this column, I am presupposing heavily favored front runner Ed Gainey will win the mayoral election.
© 2022 Pittsburgh City Paper