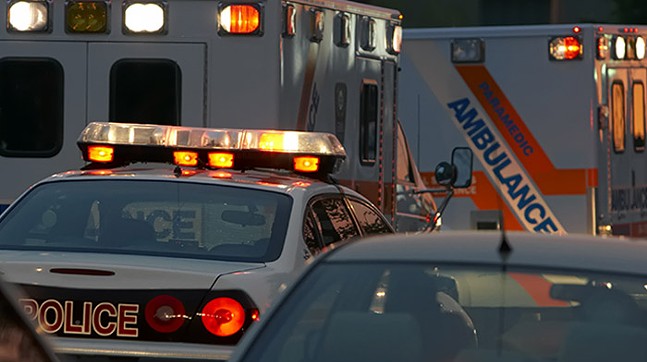 Outside the hospital, the man “exhibited a medical emergency” and then was in critical condition on Oct. 13, according to a police press release. At 10:15 a.m. the next day on Oct. 14, the patient was pronounced dead. The span between the arrest and death was less than 24 hours.

According to WPXI, the arrest occurred around 10:30 a.m. on Oct. 13 after the man allegedly took a bike that was left in someone's yard on Harriet Street in Bloomfield. Neighbors told WPXI they believed the man was homeless and he took the bike for a ride before returning it. The bike was for sale for $50.

The woman who owns the bike says she wanted to get rid of it, and told WPXI the man could have had it for free.

WPXI reports that someone called 911 saying the man was seen riding the bike and was spotted sitting on a neighbor’s front porch.

Within minutes of the police arriving, the scene turned "chaotic" and police were shouting at the man to get on the ground, according to a resident. The resident says the police then used the taser two to three times on the man.

Two neighbors told the TV station that what they witnessed was "disturbing" and was an excessive use of force. Some witnesses of the arrest, which took place in a resident’s front yard, believed the man was suffering from a mental illness. Some said the man was resisting, while others pleaded with the police to stop using the taser. A resident says that the man asked to go to the hospital after being tased.

“It was terrible, it was clear to me that there were kinda no good answers,” said a resident to WPXI. “I know police officers, especially with increased gun sales and these sorts of things, are really scared in their jobs, but it really is just evidence that we need mental health personnel to deal with these sorts of situations when people are clearly experiencing mental illness.”

The Allegheny County Police Department will be investigating the incident. The officer who deployed the taser is on paid leave, as in Pittsburgh Police policy.