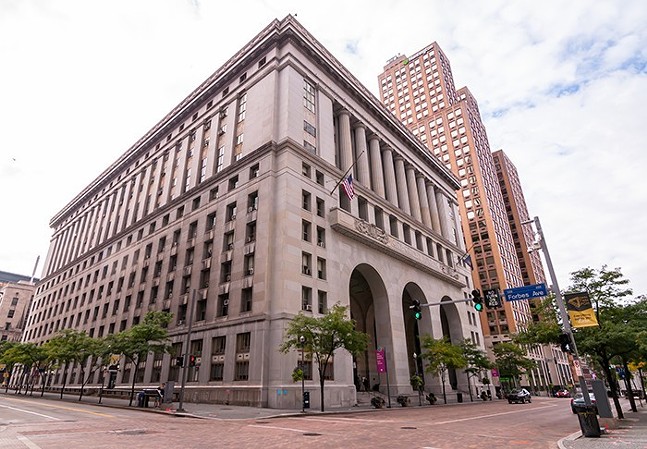 Pittsburgh City-County Building in Downtown
Pittsburgh’s city council passed four bills on Sept. 14 to approve the transfer of more than $90 million of federal funds given to the city by the American Rescue Plan. Despite the disapproval from City Councilor Deb Gross (D-Highland Park), the vote means that funds plan to be divided between more than $74 million to Urban Redevelopment Authority (URA), $80,000 to Pittsburgh’s Parking Authority, more than $17 million to Pittsburgh Water and Sewer Authority, and $2.5 million to the OnePGH fund, the nonprofit created by Pittsburgh Mayor Bill Peduto that has been met with some criticism.

While Councilor Gross voted no, support for the transfer bills was very high with the City Council approving with an 8-1 vote for all the transfers except for the one to OnePGH. That transfer vote was 7-2, with Councilor Anthony Coghill (D-Beechview) joining Gross.

In March, Congress passed the American Rescue Plan Act to help the country's recovery from the economic and health effects of the COVID-19 pandemic. The American Rescue Plan includes money for cities to replace lost public sector revenue, providing premium pay for essential workers, and investing in water, sewer, and broadband infrastructure.

Gross voiced her concern with the transfer during the Sept. 14 meeting saying she believed the transfer of funds was necessary, but hoped the reports on the transfers would go to the Pittsburgh task force, to all councilors, and be written into the records. She also took issue with the how the funds were distributed in one-lump sums, instead of more frequent and smaller allocations.

The $335 million appointed to Pittsburgh from the federal government is supposed to last the city four years, according to Gross.

“I also remind the public that there is no approval in this plan for child care, food insecurity, renters, or eviction prevention in the American Rescue Plan,” she said. “Which we know is a crisis that we talked about. So I believe depleting these funds by 80% is a mistake … Once again, the council is preapproving agreements before seeing what’s in agreement.”

Peduto’s office praised the passage of the transfer. Mayoral Spokesperson Molly Onfuer told the Pittsburgh Post Gazette that the administration is thankful for the support of the funding, and the money will be going towards helping families and businesses in the city.

Pittsburgh City Controller Michael Lamb has also been wary of this process, saying that the bills need more transparency.

In response, Council did approve amendments to allow Lamb’s office to audit agreements, requiring organizations to submit quarterly financial and progress reports to the Office of Management and Budget and the controller. The city’s Office of Management and Budget will also need to send the Pittsburgh Recovery Task Force quarterly updates relating to state agreements and or Agreements.

“While I’ve been assured that the subsequent co-op agreements relating to this spending will not enable a blanket transfer, the Controller’s office will hold funds until the authorities and non-profits have actual spending proposals, “ Lamb said in a statement. “I remain committed to working with our community’s leaders, both elected and not, to ensure our region can rebound economically from the COVID-19 crisis.”
© 2022 Pittsburgh City Paper