This sappy film is an insult to the intelligence of humans, and the fact-based reality of how dogs are 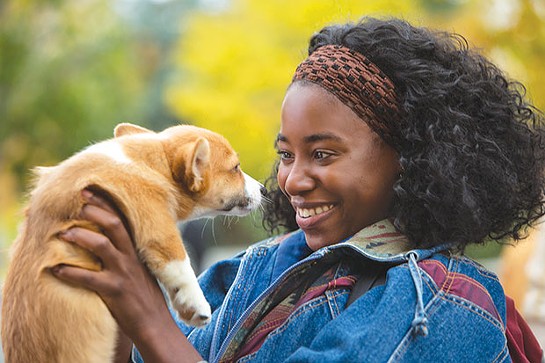 There is no need to re-litigate the controversy that sprang up around the alleged mistreatment of a dog actor in this film. A Dog’s Purpose is lame enough that you should stay away regardless. The movie, directed by Lasse Hallström, adapts W. Bruce Cameron’s best-selling novel, which tracks the spirit of a dog across several decades, dogs, owners and experiences.

First up is Bailey (voiced, as all the dogs are, by Josh Gad), a retriever who grows up with a boy in the 1960s. Later, he is reincarnated as Ellie, a Chicago police dog; then Tino, a corgi; and finally, as a St. Bernard mix named Buddy. (Yup, that means there are three dog deaths here.)

The four stories are a buffet of cardboard characters, plot contrivances and emotional clichés, set mostly in some idealized nostalgic small-town past (unironically called “Townsville”). It feels like a hoary 1970s Hallmark special, when feel-good TV movies were bland and studiously inoffensive. There are some very tame depictions of poverty, inner-city violence and alcoholism. (Bailey’s take on the mean-drunk father: “Dad always talked so loud when he smelled that way.”)

In all, this film is an insult to the intelligence of humans, and the fact-based reality of how dogs are. From scene one, the dog(s) inexplicably struggle with the existential question of “what is my purpose?” because … humans can’t stop projecting themselves onto their pets. Dog No. 4 finally cracks it, and it’s about as illuminating as if a dog figured it out: “Be here now — that’s a dog’s purpose.”