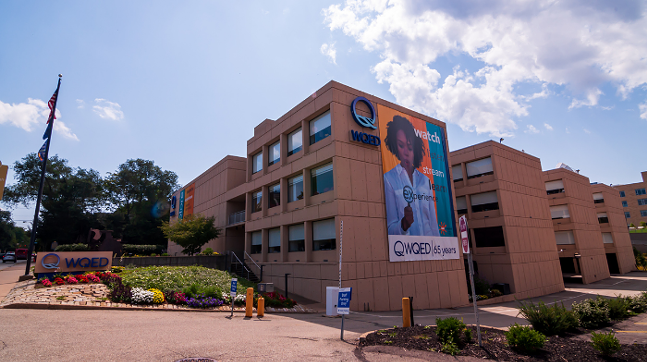 The over $40 billion budget pumped more taxpayer money into education and violence prevention while saving billions of dollars for the future.

But even with a multi-billion dollar surplus, seven public TV and radio stations — such as WHYY in Philadelphia, WQED in Pittsburgh, and WITF in Harrisburg saw their funding eliminated.

They had received $2.75 million in state taxpayer support since 2016, but that was reduced to zero this year.

It’s hard to say why the cuts were made and who made them. Legislative Republicans say it matched a request from Wolf. An administration spokesperson claimed Republicans did not agree to the funding.

The funding line is just a fraction of a fraction of a percent of the state’s spending plan. Its elimination also comes as WITF’s NPR-affiliated journalists pursue a nationally noted effort to hold state Republican legislators accountable for undermining the 2020 election.

But regardless of the motivation, media experts and the stations themselves said they were disappointed in the move.

In a joint statement to the Capital-Star, the broadcasters said they primarily used the money to air children’s television programs, such as Sesame Street and Daniel Tiger’s Neighborhood, during the pandemic.

“After serving Pennsylvanians with enriching, entertaining and educational programming and services during this greatest time of need, we are disappointed that the legislature removed funding for Pennsylvania PBS stations from the Commonwealth’s budget,” the statement said.

The funding is available to “Pennsylvania public television organizations for technology needs and operating expenses,” according to the Department of Community and Economic Development, which administers the program. It’s existed since at least 2016.

These funds have been split among the commonwealth’s seven public television stations, which dot every corner of the Commonwealth, from Erie to Wilkes-Barre and from Philadelphia to State College.

The dollars at stake are a small slice — just under one percent — of the seven broadcasters’ revenues. The stations brought in $86.5 million during the 2019-20 fiscal year, according to their most recent financial records. The cuts also won’t impact the station’s newsgathering operations, according to a spokesperson.

But according to Victor Pickard, a University of Pennsylvania professor who has studied journalism and democracy, public funding for media in the United States is skimpy as is, and any cuts should be taken seriously.

In fact, the U.S. government spends less on public media than dozens of countries, from the United Kingdom and Finland to Tunisia and Argentina.

Rather than cutting funding, lawmakers should be increasing their commitments to journalism and media, Pickard told the Capital-Star.

“It’s glaringly obvious the market cannot support the levels of news and information that democracy requires,” he said.

Free public broadcasts serve as “the option of last resort” for news consumers without a local newspaper, Pickard continued.

Without the need to turn a profit, they can focus their attention on the holes in coverage, such as state government reporting, left when newspapers shutter.

That is the sort of news that Harrisburg’s WITF-FM, which frequently covers Pennsylvania’s legislative happenings, has tackled.

The station has also taken an editorial stand in its coverage of majority Republican legislators’ efforts to delegitimize the results of the 2020 election.

Since late January, WITF’s news operation has added a disclaimer on articles that quote state GOP lawmakers who signed the Dec. 2020 letter to Congress asking for Pennsylvania’s electoral college results to be thrown out.

“Those actions supported President Donald Trump’s election-fraud lie, causing many of his supporters to believe incorrectly that the election had been stolen, and that led to an assault on the U.S. Capitol,” the disclaimer reads.

In an article authored by WITF editors Scott Blanchard and Tim Lambert, the two acknowledged the policy may be “an unusual decision for a news organization to make.”

“But, these are not normal times. As disinformation and misinformation take more and more of a foothold in our social media feeds and dinner-table discussions, it is important for our journalists to adapt, as transparently as possible, to bring you the facts and not memory-hole the damage done to our democracy in the last three months,” they wrote in a January article.

The policy won acclaim from media commentators. But Pennsylvania Republicans, amid broader media critiques, have attacked the policy.

“This is another example of arch left wing progressives pushing their slanted agenda through so-called news… they are trying to normalize their version of thought,” Miskin tweeted in response to a user who posted WITF’s notice. “These people are as whacky as tweeters.”


This is another example of arch left wing progressives pushing their slanted agenda through so-called news... they are trying to normalize their version of thought.
These people are as whacky as tweeters

“Gov. Wolf recommended eliminating funding for public television technology in his budget proposal … and we accepted his recommendation,” Lesher said in an email.

To be sure, Wolf had suggested that the public broadcasting funding, along with 40-plus other budget lines — many for niche programs aiding everyone from zoos to supercomputers — be cut in his February budget proposal.

Historically, the General Assembly has often ignored Wolf’s pitch, particularly for many of the smaller line items. Lawmakers even restored the public media funding twice in the past four years.

So when Wolf’s budget was revealed, broadcasting executives expressed few concerns at the time.

“This is not the first time coming out of the chute that we’ve seen a budget that doesn’t include general appropriations for public television,” WHYY CEO Bill Marrazzo told Current, a public media industry outlet, at the time. “I don’t think it’s going to end up that way either.”

When the budget was revealed in June, the negotiated product between Wolf and Republican leadership included full funding for many of the programs Wolf had proposed to cut, from $474,000 for hardwood research and promotion to $500,000 for the Pittsburgh Supercomputing Center and $800,000 to support Pennsylvania zoos.

However, the broadcasting funding was absent, alongside a $10,000 allocation for the 2020 electoral college as one of just 11 budget lines completely cut from the budget.

Wolf spokesperson Lyndsay Kensinger said that the public television line item is “typically added by the Legislature every year, but it was not this year.”

“If funding for this line would have been agreed to by the legislature, the governor would have supported it,” she added. “The Wolf Administration will continue to advocate for funding for public media.”

The state still has more than $5 billion in reserve for the coming budget cycles, though forecasters warn of looming budget deficits. If funding for public media is a priority as the state tries to fund school and human services is unclear.

Jay Rosen, a New York University journalism professor who highlighted WITF’s accountability project, told the Capital-Star that media outlets might be wise to avoid year-to-year funding from unstable sources like legislatures in the current political environment.

But Pickard said that he didn’t envision the debate going away any time soon.

As newspapers coverage continues to shrink, policy makers must eventually address how to develop an informed citizenry. The county’s current network of public radio and television stations seemed an ideal starting place.

But looking ahead, he warned of media funding becoming “yet another political football.”

“That is one of the last things we want to see happen around public goods like public broadcasting,” Pickard said.
Stephen Caruso is a reporter at the Pennsylvania Capital-Star, where this story first appeared.
© 2021 Pittsburgh City Paper