Duckpin bowling is alive and well in Pittsburgh

New players are welcome at Garfield lanes “as long as 20 people don’t show up at once.” 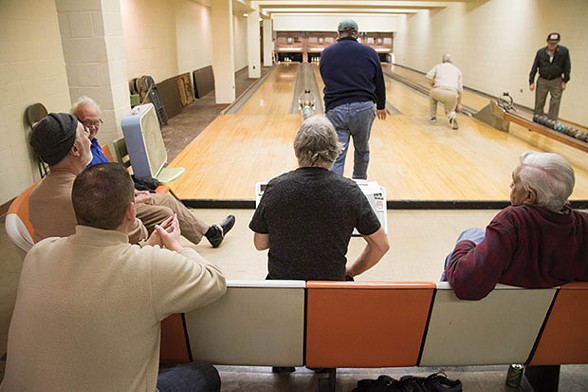 To say that duckpin bowling is a lost art in Pittsburgh is an understatement.

The sport is identical to the more popular 10-pin bowling, except the fat-bottomed pins are about half the size, and the softball-sized ball weighs less than four pounds. While duckpin-bowling alleys are still popular in Connecticut and Maryland, they have all but disappeared from the Pittsburgh region.

But at the community center on the Penn Campus of Saint Maria Goretti Parish, in Garfield, a group of Pittsburghers are keeping the tradition alive. Jim Hurley, one of those bowlers, says the center’s four duckpin-bowling lanes have been getting consistent use since the 1960s. Hurley, 67, has been playing since the 1980s and is modest about his commitment to the game.

“I don’t have a great history. I have only been going at it for 25 years,” says Hurley without even a hint of irony.

A group of 16 men plays on Fridays from 8:30-11 p.m. for 30 weeks out of the year. The lanes aren’t automated, so neighborhood kids usually manually reset the pins and place the balls on the roller to return to the bowlers. Also, players keep score on paper, and Hurley says the group almost always forgets to make enough copies of the scoring sheets before playing. Sometimes during heavy rains, the roof leaks, but that makes it charmingly old-school.

Even more charming is that the rubber-band duckpins used at Saint Maria Goretti are a Pittsburgh tradition. The pins were introduced in Pittsburgh in 1905 to increase scoring by creating more richochets between pins.

Hurley says a good score in duckpin bowling is 100 and that anyone averaging over 120 is usually the best bowler in the group. Typically 12 to 14 people show up to play on Fridays, and Hurley says guests are welcome “as long as 20 people don’t show up at once.” He adds that bowling is open to anyone; just bring $10 to play.

“Bowling is great because it’s close, it’s cheap, and I do well,” says Hurley, a long-time Bloomfield resident. 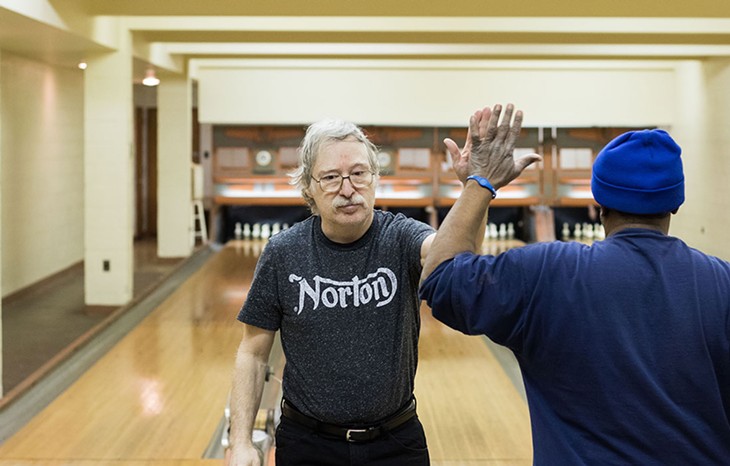 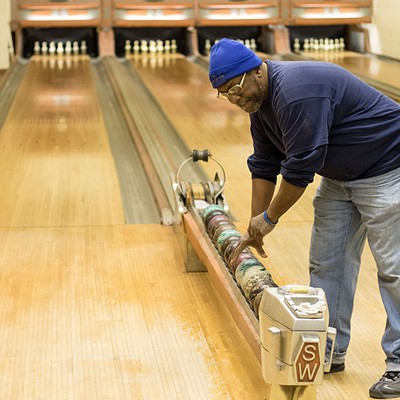 Ed Presley, maintenance manager of the community center, says outside groups are welcome to use the lanes; interested parties should contact the parish for more details at 412-682-2354 or www.stmariagorettipgh.org. And while Hurley and his group of friends have no intention of stopping anytime soon, their duckpin-bowling spirit has yet to inspire many others.

“The parish doesn’t have much use for the lanes anymore and ... most people don’t even know it is here,” he says.