Horror/thriller writer’s The Fourth Monkey is due in June 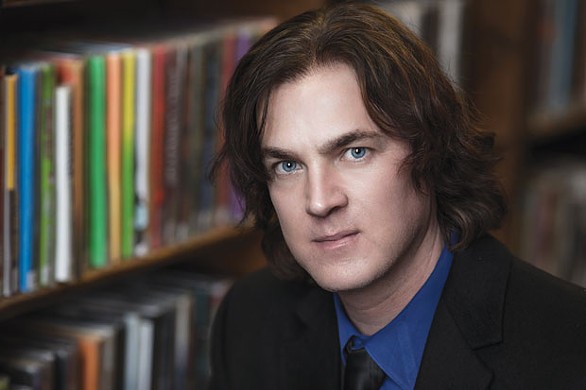 J.D. Barker’s 2014 debut novel, Forsaken, was an almost instant success. And this prominent new voice of the horror/thriller genre — who’s now a Pittsburgh resident — is just getting started.

In completing Forsaken, Barker hoped to incorporate the Needful Things shop from Stephen King’s eponymous 1991 novel. He got in touch via email and ultimately received the famed author’s blessing.

“I was shocked. For the next month I thought for sure that I was going to get some kind of email back from him saying, ‘Oh I meant to send that to somebody else,’” Barker said in a recent phone interview.

Barker, 45, and his wife moved to Pittsburgh in October 2015, from Florida. (He dislikes humidity, and his wife has family here.) They buy and sell rental properties, and intended to flip a place in Brentwood but are still living there for now.

For 20 years prior to his newfound success, Barker worked as a hybrid book doctor/ghostwriter. “After a while that got a little bit old, because I had six different books that I worked on that actually hit The New York Times bestseller list and my name wasn’t on them,” Barker says. He began working on his own novels.

Barker’s self-published debut was a fantasy-suspense tale in which the female protagonist of a horror writer’s novel about 17th-century witch trials tries to escape fiction and enter reality. Forsaken reached No. 2 on Audible.com, behind Harper Lee’s Go Set a Watchman, and was a finalist for the Bram Stoker award for Superior Achievement in a First Novel.

Stoker’s great-grand-nephew, Dacre Stoker, has since offered Barker the opportunity to co-write a prequel to Dracula using Stoker’s original notes. The novel, set for release in 2018, incorporates the first 100 pages that were scrapped by Dracula’s original publishers, in 1897.

Barker’s second novel, The Fourth Monkey, is more of a thriller. It follows a detective tracking the supposed final victim of a notorious, recently deceased serial killer, using the killer’s diary. The novel, first in a planned trilogy, is set for release by Houghton Mifflin Harcourt in June.

Barker has sold publishing rights for The Fourth Monkey in America and other countries, and also has a TV and movie deal. “If everything plays out the way that it’s supposed to, we’re going to see a feature film followed up with a network television show,” he says.