On his 10th record under the name Destroyer, Vancouver’s Dan Bejar moves further away from straight-ahead rock | Pittsburgh City Paper

On his 10th record under the name Destroyer, Vancouver’s Dan Bejar moves further away from straight-ahead rock

Even he, when talking about Poison Season, admits, “I’m still processing that one.” 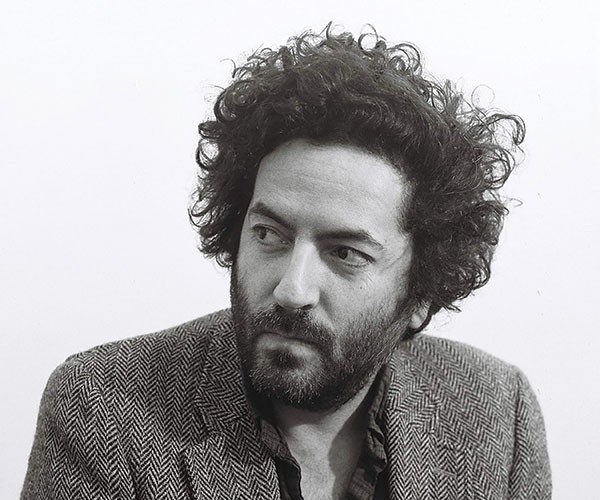 Photo courtesy of Fabiloa Carranza
Dan Bejar a.k.a. Destroyer
When talking about music that inspired him, Dan Bejar — who has released 10 thought-provoking albums and a few EPs under the name Destroyer — mentions the equally distinctive vocalist Scott Walker. That Ohio native first found fame as half of the blue-eyed soul duo the Walker Brothers, before embarking on a solo career marked by experimentation and unique lyrical musings. Bejar mentions Walker’s orchestrated ’70s albums as favorites. “I have a pretty obsessive relationship with those records,” he says. “I’ll spend my life trying to get around those records. Even when I’m not listening to it, I’ll find myself just thinking about it, being in the middle of a conversation with someone about groceries and I’ll be like, ‘What about that song?’”

Destroyer albums can arouse the same feelings. Each sounds vastly different from what preceded it. While Thief has the guitars/bass/drums instrumentation of an indie rock band, Your Blues relies heavily on synthesizers to accompany Bejar’s reedy voice. Kaputt has an understated quality similar to Roxy Music’s Avalon, while last year’s Poison Season arguably moves furthest from anything resembling rock, relying heavily on strings and horns.

The one constant is Bejar, who comes across as a postmodern troubadour, delivering lyrics that often read like poetry. When he shapes his ideas into repetitive choruses, they’re often too abstract for a singalong. (Destroyer lyric sheets often print the verses as paragraphs.) Sometimes he gently croons the words, sometimes he sounds like he’s on the brink of insanity. Whatever the delivery, it can be engrossing, and not easy to grasp in a few listens. Even he, when talking about Poison Season, admits, “I’m still processing that one.”

The Vancouver resident might be equally well known for his work in the New Pornographers, but he first began recording as Destroyer more than 20 years ago. “I was like a hungover college dropout — borrowing his friend’s four-track and learning how to play guitar and sing and [record] songs,” he says by phone from his hometown. “That’s what turned into the first Destroyer record, [which] I think I made in early 1995. September of 1995 was the very first Destroyer show. For a couple years it’d go back and forth between just being me by myself or me with my roommates, who had no idea how the songs went and just played a bunch of noise behind me.”

With each record, things became a little more refined. Along the way, he helped his friend Carl Newman with a recording project that eventually became the New Pornographers’ debut, Mass Romantic. Bejar has contributed three songs to each of their albums, but often stayed in the background, not touring with them in the early days. He jokingly describes his role in the band as like “a villain, an Iago character or if Richard III was a minor character in Richard III. I’ve always been given free rein to come and go as I please. So I just use that. It’s always been kind of a comforting thing to return to. I’m more relaxed as a singer and rock ’n’ roll songwriter in that context.”

The style of his writing might link him to rock songwriting, and makes him easy to detect in either band. But the arrangements in Destroyer toy more with musical conventions. He recalls with a laugh that he recently told an interviewer that the atmospheric keyboards and mellow sax lines of Kaputt evoked “‘an older dude, in his late 30s, trying to be cool at the ’80s wine bar watching Live Aid on TV.’ That’s kind of silly,” he says, “but it’s kind of a misconjuring of an era. Which I think is how memories work.”

Poison Season was made with the same musicians who recorded Kaputt — and who also toured as Destroyer — but it included the close help of an arranger, and a professional string quintet. “It was the most intense two days I’ve ever spent in the studio,” Bejar says. “I think part of it was, maybe, the dread that it wasn’t going to work out. And I had no real idea what it would take for it to happen.”

Since he began recording, Bejar has received more than his fair share of comparisons to David Bowie, perhaps due to his knack for shifting styles frequently. “What got me really excited and kind of obsessive about doing [music] was English glam rock from the early ’70s. And if push comes to shove and I’m forced to do rock music, that’s my camp,” he says. “And I never thought it was Bowie in specific. In fact I always thought of myself more as like an Ian Hunter type [in] Mott the Hoople, kind of like an English Dylan style, [in a] bar band.”

For its Pittsburgh performance, Destroyer consists solely of Bejar and his guitar. In addition to nearly 150 Destroyer songs that can be pulled from his back catalog, he has a handful of new ones, which he hopes to record following this tour. With that much material to choose from, it’s understandable that he isn’t attempting to strip down his more recent releases in this setting. “With Poison Season, they weren’t really written on guitar and are not really intended for that kind of …” He pauses. “I mean, I don’t know what the songs are intended for.”

And therein lies the intrigue and allure of Destroyer: the intention might be unclear but it keeps pulling you back.