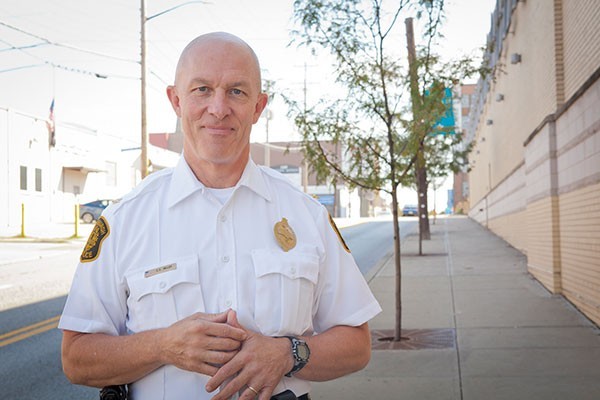 According to a survey of nearly 300 members of the local police union, many officers have no confidence in Chief Cameron McLay. Only 14 respondents to the survey posted online indicated approval for McLay. Voting began in the online survey on Aug. 20. The FOP plans to hold a formal vote of it's members on Thursday.

But despite the results and the media headlines surrounding the survey, experts say little will likely come from the vote.

"In the end, there's only one opinion that really matters in terms of whether the chief continues and that's the opinion of the mayor," says David Harris, a University of Pittsburgh professor. "[No-confidence votes] are simply a way police unions make a statement about what they like or don't like about the police department's leadership. The chief serves at the pleasure of the mayor and as long as he has the mayor's backing, he will continue to serve."

The FOP did not respond to multiple requests for comment for this story. But following the vote, Mayor Bill Peduto issued a statement reaffirming his support for McLay.

"I continue to have full confidence in Chief McLay and in his efforts to improve the bureau to better serve the residents of Pittsburgh," Peduto said. "Reform is never easy in any organization, and we will continue to work with the men and women of the Police Bureau to strengthen morale."

Since McLay came to Pittsburgh, he has instituted a number of changes including increasing focus on community policing initiatives to improve community police relations that have been strained by incidents of police brutality locally and around the country.

"I hope [the vote is] not a rejection of community-oriented policing philosophy," says Beth Pittinger, executive director of the Citizen Police Review Board. "McLay came in a very robust fashion trying to turn around a bureau that, when he arrived, was in turmoil. And in two years a whole lot was undertaken to change the way they operated. It was an awful lot for everybody to handle."

While Pittinger agrees the no-confidence vote carries little weight, she says she believes it was partly the result of unhappiness over recent contract negotiations. Under the new union contract awarded this summer, Pittinger says the police would not receive a "sizable wage increase", have to pay more for health benefits, and lose some paid time off.

"I'm not surprised [by the vote]. You get the impression that the morale is very poor and they're not feeling particularly valued and appreciated," says Pittinger. "While we don't have the kinds of problems some of our other cities have had, they're still feeling the effects of that. Despite efforts to socialize, and outreach, you still have a lot of cops out there who aren't getting a lot of appreciation."

Pittsburgh has seen it's share of no-confidence votes for police chiefs in the past. In 1997, the union voted similarly about then-Chief Robert McNeilly who went on to serve as chief for nine years before he retired.

"I've seen many [no-confidence votes] over time and it's especially common when you have a police chief who's making changes to a department and how it's run," says Harris. "When a chief is brought in as a change agent, it is very common to see this kind of vote."

In a statement following the vote, McLay, too, cited the changes the Pittsburgh Bureau of Police has undergone as a cause for unrest in the police union. The full statement can be found below:

"Any time a police chief attempts significant changes to an organization's approach to policing, cultural resistance and pushback are normal and inevitable. I fully expected such resistance when I came here. Facing confidence votes is simply one of the realities faced by major city police chiefs today.

"No-confidence votes only have such meaning as assigned to them by government officials. I cannot control any of this.

"The best metaphor is a car in a skid; you don’t look in the direction the car is sliding, you look and steer where you want the car to go.

"I am focusing on keeping the Police Bureau moving in the same positive direction we have been heading. I am focusing on how to best meet the needs of my members and prepare them to meet the high standards of accountability placed upon them. It is our collective responsibility to serve this community well.

"I have great confidence in the hard-working officers who serve this community well every single day, and they will always be the focus of my efforts."