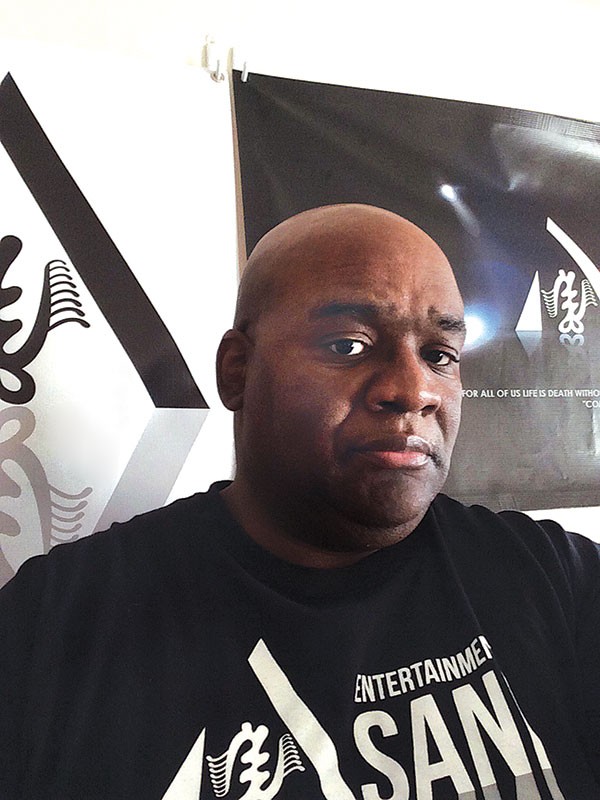 Name five black superheroes from Marvel or DC Comics. It’s pretty difficult for those not steeped in comic-book lore.

David Chaucer La Forest wants to change that. He has founded Asani Entertainment to focus on a new superhero universe, inclusive of all but examined through the lens of characters of color.

Asani’s first goal is to publish a graphic novel called Origins of the Asaniverse. The venture hosts a Kickstarter launch party at the August Wilson Center on Aug. 25. The party, which will feature a costume contest and a presentation by La Forest, is aimed at raising at least 30 percent of the $45,000 needed for the first novel.

A businessman, writer and military veteran, La Forest grew up in St. Clair Village, a Pittsburgh housing project completely razed by 2010. Surrounded by crime and poverty, La Forest found his escape in pop culture and, especially, comic books. While studying at the Art Institute of Pittsburgh, he experienced an epiphany through an unlikely source.

La Forest, 51, saw the 1984 TV movie The Fantastic World of D.C. Collins, a Walter Mitty-esque story about an African-American boy, played by Diff’rent Strokes star Gary Coleman, and his elaborate fantasies of heroism. All of the heroes he aspired to in the movie were white.

After studying film at Pitt and serving in the military, La Forest decided to devote his resources to creating a new superhero community that reflected American diversity.

“I want to produce positive role models,” says La Forest. “Now that we have proved we can go ‘Pow!’ and ‘Bang!’ and do CGI, can we use superheroes to show how we can be more human, talking about real issues affecting real people?”

Pending the success of the crowdfunding campaign and Origins of the Asaniverse, La Forest intends to expand into a series of fantasy, science-fiction and horror graphic novels, each with its own characters. He hopes to branch into film and TV and even compete with giants Marvel and DC.

“When you have 80-year histories, you also have 80 years of baggage,” La Forest says. “We try to create new characters that resonate with today’s audiences and reflect today’s mores.”

If the Kickstarter reaches its funding goal, he expects to release Origins of the Asaniverse by the year’s end.