In its fourth year, the Deutschtown Music Festival continues to grow exponentially

“If somebody had told me that that would be the case four years ago, I’d say you were crazy.” 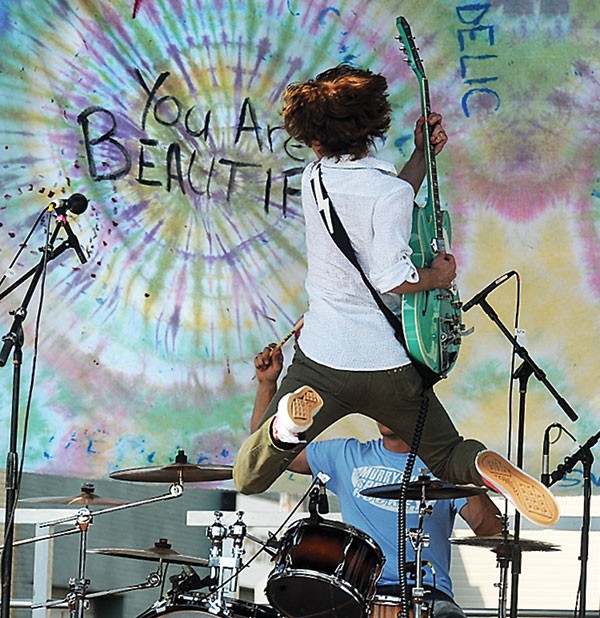 This year, the lineup has grown to more than 180 bands playing 21 stages. And organizers have added a day to accommodate interest — the festival now starts Friday at 4 p.m. and goes all day Saturday.

“If somebody had told me that that would be the case four years ago … I’d say you were crazy,” says Cody Walters, who co-founded the festival with fellow North Side resident Ben Soltesz. What they expected to be a small neighborhood event highlighting the North Side now attracts thousands from around the city and beyond.

While several new music festivals have cropped up in Pittsburgh in the past few years, Walters says that Deutschtown — which was itself inspired by Lawrenceville’s bar-crawl-style Rock All Night Tour — has a distinctive vibe. Summer weather allows for outdoor stages (this year there are seven, including the festival’s main Park Stage at Allegheny Commons East) and patrons can easily walk to most venues; free shuttles run to outlying spots. “For one day, you feel like part of this crazy little community,” Walters says. “It’s visceral.” Last year, the festival drew between 12,000 and 15,000 music fans. This year, Walters expects about 20,000 over the two days.

A higher profile means that getting support for the festival (which is and “always will be free,” Walters says) becomes a little easier. First National Bank was one big sponsor to come aboard this year. And, like last year, a crowdfunding effort will allow artists to walk away with a little cash, if only, Walters says, a nominal amount. Not that any of the performers, who were selected from around 400 applicants, seem to mind either way. “It’s been very humbling to have that many talented musicians willing to be part of something,” Walters says. “As organizers, we’re all still volunteers. … It’s an absolute labor of love. “

With a laugh, Walters says that he won’t have time to actually watch many performances, but that’s OK. “Seeing people enjoy themselves and discovering new music,” he says, “that’s the reward.”