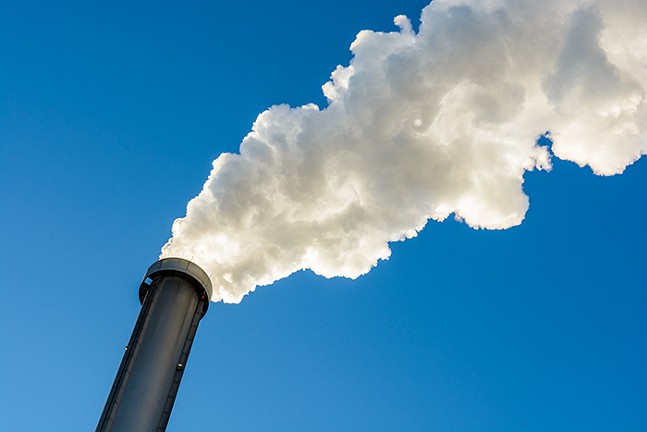 The Allegheny County Health Department will now be providing public alerts when air quality forecasts show a potential for poor air quality in the Monongahela River Valley. According to a release, these air quality alerts for the Mon Valley will begin on April 12.

The ACHD has also issued a statement that air quality readings for PM2.5 particular matter at the Liberty monitor have increased and have remained elevated.

“There have been too many incidents in the past few months to wait any longer,” says ACHD director Dr. Debra Bogen in release. “With the urging and support of the County Executive, the department will follow the spirit of the regulations, providing public notice of the potential for poor air quality, or the exceedance of the PM2.5 threshold at the Liberty monitor.”

PM2.5 refers to particles less than 2.5 micrometres in diameter that can get into people’s lungs and bloodstreams, affecting people’s lungs and hearts. The particles are formed by burning fuels such as wood, heating oil, and coal, as well as from reactions in the atmosphere from power plants.

The ACHD contacted U.S. Steel, which operates three industrial facilities in the Mon Valley, regarding the unhealthy air quality readings and is requesting additional information from the company about their three oldest batteries, which U.S. Steel says were taken offline sometime between April 6 and 7. Pollution from Clairton Coke Works is also a major concern, since the facility’s pollution is linked to several health consequences for nearby residents.

From March 30 to April 7, residents of Southwestern Pennsylvania experienced poor air quality, putting the region in the top-10 places for worst air quality during that time period, according to AirNow.gov.

Older batteries from these facilities are held to outdated environmental standards, in some cases allowing two-to-three times more emissions than the rest of the facilities, according to environmental groups. Regulations are currently moving through the the county's Local Health Administration Law process to require companies emitting pollutants to implement plans to reduce their emissions when atmospheric conditions are projected to exceed a threshold level for the Mon Valley.

Advocates have been calling for increased regulations for some time. “Residents in SWPA shouldn’t have to endure nine days of having the worst air quality in the country,” says Breathe Project director Matt Mehalik in a press release.

Advocates like Zachary Barber of statewide environmental group PennEnvironment says that the old batteries at U.S. Steel's facilities are a problem, and says the group is calling on the batteries to be required to be taken offline during stretches of poor air quality.

"Pollution from the Clairton Coke Works is a major threat to the health of residents across the region," says Barber. "This facility churns out toxic pollution linked to cancer, asthma, and neurological problems."

The regulations are scheduled to be considered and sent out for public comment at the Board of Health’s May meeting, with final review and potential approval later this year. While the poor air quality public alerts are part of these regulations, the ACHD is providing these notices now.
© 2023 Pittsburgh City Paper