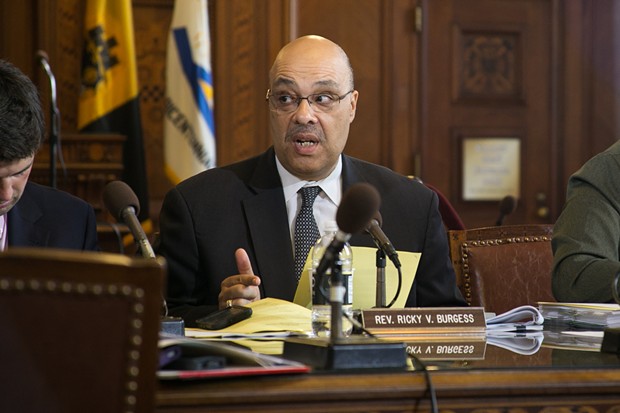 At a meeting held by Pittsburgh City Councilor Ricky Burgess last week, the Urban Land Institute presented what they called a teaser for their recommendations regarding future real estate and economic redevelopment in the East End.

ULI partnered with the city, and — with the assistance of a panel of non-paid real estate experts from across the nation — spent May 8-13 in the East End, speaking with residents and analyzing data gathered by other sources on the state of its neighborhoods.

The study is part of Burgess’s HELP Initiative which came to fruition in October of last year and aims to direct development in the Homewood, East Liberty, Larimer, Lincoln, Lemington and Belmar neighborhoods to ensure affordable housing.

The key recommendations in ULI's report included: completing a plan to make neighborhood planning easier across the city, creating property tax protection, engaging with anchor institutions (with an emphasis on philanthropic organizations like universities and hospitals), combating neighborhood boundaries, working east-to-west geographically in terms of tackling neighborhood revitalization, engaging current residents and using the HELP Initiative and East Liberty Development, Inc.’s presence in the communities to their advantage.

Board members from ULI walked through every East End neighborhood in their presentation, going over a series of recommendations, unique to each. They emphasized that each neighborhood has its own set of characteristics, and that these qualities should be taken into consideration before making any major changes.

The researchers found a mixed sense of boundaries in the East End contributes to a disparate idea of where neighborhoods begin and end. ULI recommended the use of parks and green space to designate neighborhood lines, while connecting the communities.

ULI presented data that suggests Pittsburgh will experience a population growth of 29,000 in the next two decades, stating that East Liberty will likely absorb most of this residential demand.

“What does a city that used to be 600,000 people look like when it’s 300,000 people?” said Razak “It’s a potentially tough choice. In simplest terms, it boils down to when you have a population, do you cut the area in half, or do you cut your density in half? If these were the only two choices, we on the panel, I think, would opt for density.”

Of the 3,519 housing units in East End, nearly 87 percent are occupied, and of those occupied residences, 78 percent are rentals. One million square feet of commercial property is present in East End, and ULI said the area has huge potential to develop economic growth if the the proper steps are taken.

The full East End revitalization plan is currently being compiled by ULI, and the post agenda presentation is available for viewing on City of Pittsburgh’s website.