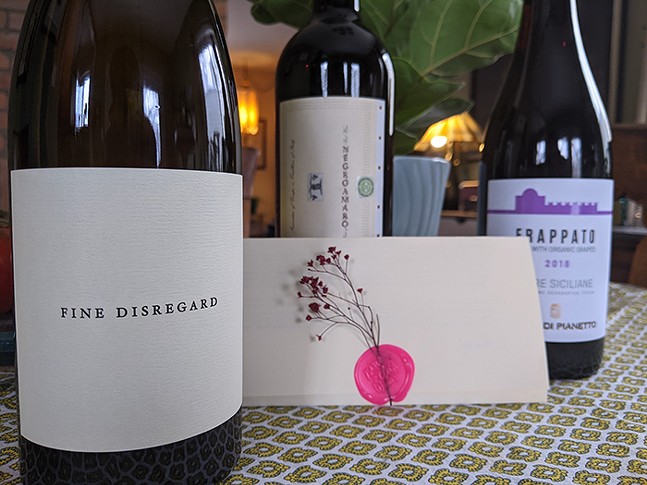 CP Photo: Amanda Waltz
Nine O'Clock Wines February subscription box
Natural wine, while well meaning, hasn’t always impressed me. I've purchased varieties proudly sporting the label, drawn in by the prospect of trying something unspoiled by pesticides and other man-made chemicals. Certainly, the experience would be truly next level; the reds bolder, the whites brighter.

Instead, my dalliances with natural wines, particularly certified organic ones, has usually resulted in me asking, “Does this taste watery to you?”

That view has changed with my discovery of Nine O'Clock Wines, a new club and bottle shop dedicated to showcasing and selling all-natural vino. The service was co-founded by Celine Roberts and Christie Kliewer, who curated it with Bar Marco, the Strip District restaurant that also serves as the homebase for Nine O'Clock.

The Nine O'Clock website says Roberts and Kliewer met in 2018 while working at Bar Marco (the business was named after closing time when staff would be able to relax and gather around the bar for post-work drinks). They “both fell in love with natural wine and began imagining a future in which this passion would be the central focus of our work.” The duo used their respective and mutual backgrounds in library science, food journalism (Roberts is a former Pittsburgh City Paper staff writer), and the service industry to explore this area.

Mostly, Nine O'Clock Wines strives to make the stereotypically elitist world of wine less intimidating and more approachable for everyone by curating and introducing customers to a variety of natural wines. This includes the Nine O'Clock club subscription box, which supplies three new and different bottles to subscribers each month.

I have experienced the subscription service since its launch in January 2021, and it has been a welcome treat in these dismal days of the pandemic. It has also proven that you can have all-natural wine without sacrificing taste. 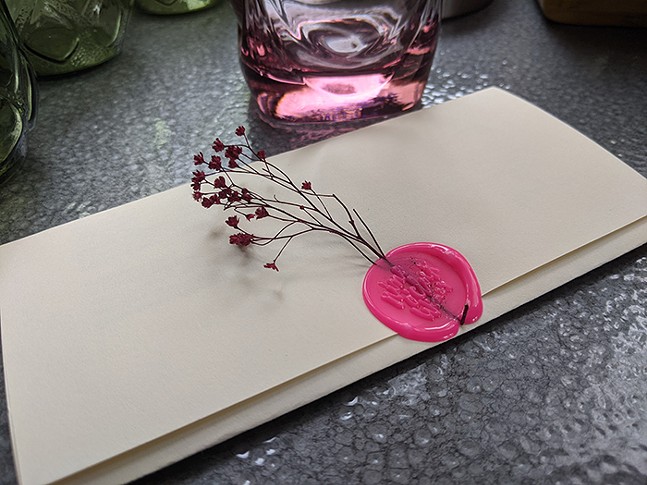 CP Photo: Amanda Waltz
Nine O'Clock Wines subscription box letter
The most recent box, like the others before it, was available for socially-distanced and masked pick-up at Bar Marco, and contained two reds and a white— Perrini's Salento Negroamaro 2019 from Puglia, Italy; Baglio di Pianetto's Terre Siciliane Frappato 2018 from Sicily; and the 2016 Semillon Napa Valley from Fine Disregard Wine Co.

So far, Nine O'Clock has demonstrated a talent for delivering distinct taste profiles. This was evident even between the two reds, the Salento Negroamaro and the Terre Siciliane Frappato. The former was rich, bold, and earthy, the latter was floral and zingy, with the pleasant sting of raspberry. (I made this observation before my husband pointed out that Nine O'Clock described it as having notes of “blueberries, raspberries, and blackberries.”)

The white by California-based Fine Disregard Wine Co. brought its own surprises with vibrant citrus and a smooth, yet pronounced, unfurling of vanilla. While all three of the wines were remarkable in their own ways, the Semillon Napa Valley came out ahead as my favorite of the bunch.

Retailing at $90 per box, the Nine O'Clock club subscription service makes for a worthwhile alternative to taking a chance on the many bottles lining your local liquor store shelves. All the more appealing is that each box comes with a detailed note — lovingly folded and secured with a wax seal — that covers taste profiles and pairing suggestions for the wines, making it a great choice for curious wine novices.
Nine O'Clock Wines. Bottle shop open Tue., Fri., and Sat. from 11 a.m.-7 p.m. 2216 Penn Ave., Strip District. nineoclockwines.com
© 2023 Pittsburgh City Paper