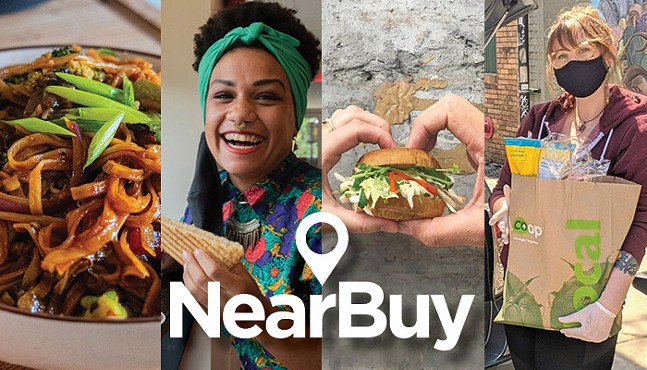 With the arrival of the pandemic last March and live theater across the country shut down, Quantum Theatre found itself asking the same question as every other business reliant on bringing people together in person, “What now?”

Now 30 years old, the company has built a national reputation for its experimental theater making. Producing eclectic works that run the gamut from world premieres of contemporary plays to baroque operas, one aspect unifies each project — they are produced “environmentally” in non-theater locations throughout the city. Founder and Artistic Director Karla Boos chooses these venues with care, seeking a home for each show that that serves as a canvas for its team of designers and which heightens the audience’s experience of the play. Nearly every neighborhood in Pittsburgh has hosted a production at this point in the company’s history, but a few favorites include the Braddock Carnegie Library’s abandoned swimming pool for Thérèse Raquin, a grove of crabapple trees at the Frick Museum for A Midsummer Night’s Dream, a cabin built on a dock at Aspinwall Riverfront Park for The River, and the Carrie Blast Furnaces for a recent production of King Lear.

As the company’s artists shifted to making streamed work for digital audiences, they found inspiration both in the challenges and opportunities of online collaboration. But something crucial was still missing for Quantum: The relationships with local businesses and neighborhood groups that have proven so essential to its success. In recent years, restaurant partners have been a particular staple, Braddock’s Superior Motors realized $14,000 in referred business from Quantum patrons enjoying dinner before King Lear. Voodoo Brewing and East End Brewing Company hosted pre-show “Social Q” gatherings and offered show-long partnerships. And 2014’s TAMARA and 2018’s Chatterton both included memorable intermission dinners as part of each evening’s experience.

An RFI from the Richard King Mellon Foundation sought responses to the unprecedented challenges of COVID-19, and the idea for NearBuy was born.

NearBuy’s premise is simple. Visit a partner restaurant, mention Quantum, and your purchase is matched 1:1 with gift certificates or meals distributed to neighbors experiencing food insecurity. Though Quantum could not visit neighborhoods, its audiences still could, and in the spirit of its pre-pandemic partnerships, both program partners and food distribution were focused on neighborhoods hosting upcoming live works: Point Breeze North and Homewood in connection with a planned June 2021 world premiere of Michael Mitnick’s The Current War, and Downtown where Lucy Kirkwood’s Chimerica will take up residence in the fall.

Quantum piloted the program with three partners in September and October of 2020: Everyday Café, CobblerWorld, and Yuzu Kitchen. Since then, it has expanded to include more than a half-dozen businesses. Recent additions include Bae Bae’s Kitchen and East End Food Co-op.

The program has been successful with the leadership of Community Engagement Associate Jalina McClarin and the help of many Quantum friends. Restaurant owners, food distribution partners like 412 Food Rescue, and community leaders from CDC’s and small business associations helping spread word of the program locally all are playing a critical role. Most importantly, individual socially conscious members of its audience, who have made ordering take-out from NearBuy partners part of their regular practice through the pandemic and have helped spread word of the program to friends and neighbors.

The result is a program making a real difference to small businesses and community members experiencing food insecurity. Over $22,500 has gone to support local restaurants, and hundreds of meals have been served at no cost to neighbors in need. By the time the partnerships conclude in June, the hope is to reach a total of $100,000.

“It’s been great to provide this opportunity to our audience and support for the neighborhoods that have made our works possible,” said Quantum’s Executive Director Stewart Urist. “But what we hope most of all is that the program doesn’t end in June. As we start to emerge from the pandemic, many will still be in need, and what we’ve found is that our patrons have truly loved this chance to get to know new restaurants and do some good at the same time.”


To learn more and to support NearBuy and its current partners, please visit www.quantumtheatre.com/nearbuy.

Mention Quantum when making a purchase from any participant to generate a NearBuy match.
© 2023 Pittsburgh City Paper