The Delta Foundation promised more inclusion after protests of this summer’s Pittsburgh Pride, but many say little has changed | Pittsburgh City Paper

The Delta Foundation promised more inclusion after protests of this summer’s Pittsburgh Pride, but many say little has changed

“I have no idea what Delta is up to.” 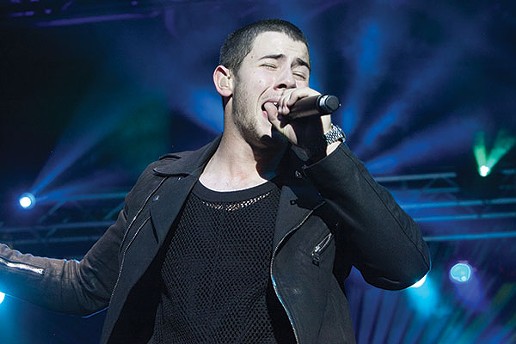 This past summer, tensions between the Delta Foundation and many in the LGBT community bubbled over when pop singer Iggy Azalea was chosen to headline the city’s annual Pride in the Street event. Protests were held by smaller LGBT groups during Pride celebrations.

While on the surface it seemed that many were upset about the hiring of a singer who had a history on social media of making comments that many felt were racist or homophobic, the issues went deeper. (Azalea dropped out because of the protests.) Many local LGBT groups criticized Delta for operating on behalf of one segment of the community — namely white, gay males — and not including all of the individuals who make up the community.

So, as planning begins for next year’s event, the selection of the 2016 headliner could be paramount to peace between groups in Pittsburgh’s LGBT community.

In August, the Delta Foundation, which bills itself as Pittsburgh’s leading LGBT organization, invited the public to discuss potential acts for its 2016 Pride events. And while Delta appears to be taking a step in the right direction, it has failed to reach out to the smaller LGBT groups that ignited the protests, leaving some to wonder whether anything has changed.

“I have no idea what Delta is up to,” says Vanessa Davis, of THRIVE, a local LGBT student advocacy group. “It does not seem that they have reached out since Pride.”

Davis worked with a national organization before she formed THRIVE in its place. She says she would like to see Delta become more inclusive, particularly in the representation of transgender people and individuals of color.

“I am really interested in them making some of the changes that were called for in June,” says Davis, who participated in the Pride protests. “I would like to see them … include folks for leadership roles who represent marginalized groups.”

Richard Parsakian, owner of Eons Fashion Antique, in Shadyside, has been involved in Pride for the past 20 years, including working with Delta since it took over Pride in 2007. He says that there are usually about four people who decide the entertainment at Pride, but this year there were about a dozen in attendance at the working group, including many new faces.

“The diversity was much more complete,” says Parsakian.

However, while Parsakian says he saw some people at the meeting who were involved in the June protests, he admits that none of the protest’s leaders were in attendance. (City Paper sought admittance but was denied because Delta president Gary Van Horn said attendees had to “sign a confidentiality agreement.”)

“I would have liked to have seen people directly from Roots Pride,” says Parsakian. “If there is another meeting, I will personally reach out to them.”

But some argue that the job of reaching out should rest on Delta’s shoulders. Ava Grace O’Brien, a trans woman who was involved with Roots Pride, says that she was not contacted by Delta to take part in the group. Neither, according to O’Brien, was Roots Pride co-founder Michael David Battle.

“If they really cared, we would have had a conversation by now,” says O’Brien

Delta spokesperson Christine Bryan says the group publicly reached out through its Facebook page and Delta’s e-newsletter. She says Delta holds public working-group meetings about Pride every year and has so far held meetings about entertainment, marketing, operations and volunteers.

But O’Brien says Delta’s continued exclusionary practices are on display in the latest big LGBT story: the training of Pittsburgh’s first transgender police officer. The story was broken by KDKA TV, which quoted Van Horn as the sole local LGBT source. Van Horn told KDKA that the police had met with him to discuss the officer’s safety and work conditions.

O’Brien responded by writing an open letter to the Pittsburgh Police Department (published on CP’s blog earlier this month) that stated how a transgender person would be better suited to speak for the trans community.

“If [Delta] considers themselves allies in the trans community, they should actually be referring people to others in the LGBT community,” says O’Brien.

Bryan, who said last week that Van Horn was too busy for an interview, responded by email, saying that the media initially reached out to Delta about the story and Delta contacted the police.

“We did reach out to other organizations about this issue including [Transgender Community of Police and Sheriffs] International and the GLCC and TransPride Pittsburgh,” wrote Bryan in an email to CP. “Alex Smithson, an African-American trans advocate, was interviewed live with Marty Griffin on KDKA Radio for 90 minutes.”

Tara Sherry-Torres, who started Pittsburgh’s first Latino Pride festival this June, shares O’Brien’s frustration with Delta’s status as the loudest LGBT voice, but says the problem is less Delta’s intentional doing than a symptom of the region’s culture.

“Everyone in the city believes that only one group can represent each respective community,” says Sherry-Torres.

Sherry-Torres says she is not interested in “bashing” Delta, and is more focused on the entire LGBT community.

“My hope is that moving forward, other entities and funders look at the issues of the larger LGBT community [in Pittsburgh],” says Sherry-Torres. “I want to make a plea to the region to fund and support an entire population that can thrive.”