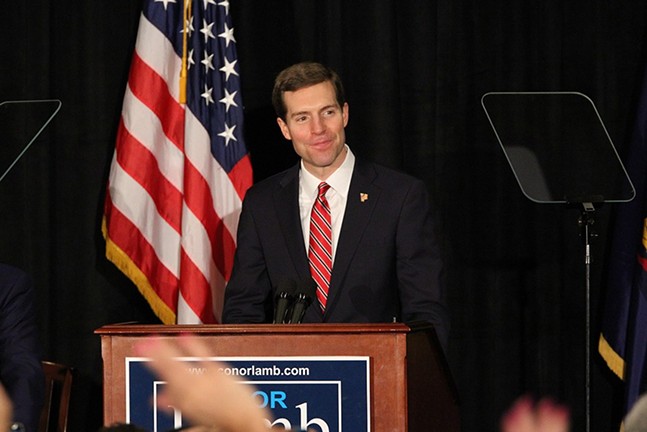 "Thank you to the people of #PA17 for putting your trust in me to continue serving you in Congress," tweeted Lamb after the AP declared him the victor. "Thank you to everyone who voted & made this election possible under such difficult circumstances. We did it. You did it."

According to the state election website, Lamb is leading the election by about 9,000 votes and a margin of 51% to 49%. There are still some mail-in ballots and provisional ballots in Allegheny County left to count, but those have been breaking towards Lamb, and it is likely he will increase his lead over Parnell after all the votes are tallied.

The 17th Congressional District encompasses all of Beaver County, the northern and western suburbs of Allegheny County, Mt. Lebanon, Penn Hills, and a section of Cranberry in Butler County. It is a district that President Trump carried in 2016 by about three points.

Parnell has not announced any concession on social media. Earlier in the week, Parnell said he would not concede until all of the votes were counted in the race, sharing sensationalized videos from James O'Keefe, a conservative activist and CEO of Project Veritas who has been criticized and sued for deceitful reporting tactics.
© 2023 Pittsburgh City Paper