"Decent housing is becoming a little more difficult to find and afford."

Written and created by Rebecca Nuttall; Produced by Ashley Murray

For nearly three months earlier this year, Tanelle Robinson visited a dozen houses and met a dozen landlords. She asked the usual questions. Is the neighborhood safe? Are utilities included? Is there a park nearby?

But she always waited until the end to ask the most important question: Do you accept government assistance?

"I don't tell people over the phone I have Section 8," says Robinson. "I need you to meet me first."

When searching for a house through the Housing Choice Voucher Program, commonly referred to as Section 8, Robinson finds it's best to get to know a landlord before popping the question. The rental-assistance program for low-income families carries a hefty negative connotation.

"They automatically judge you just because you need Section 8," Robinson says.

But Robinson is one of the lucky ones. Days before her deadline, she found a landlord willing to work with her, and in April she moved into her new home.

Others have not been so lucky. Last April, when the Pittsburgh Housing Authority opened the Section 8 program to new applicants, nearly 14,000 people applied. One year later, only 900 of those individuals have been able to take advantage of the program.

Despite the hope it offers low-income families, the city's Section 8 program has its shortcomings. A stigma isn't the only barrier that individuals in need of the housing-voucher program have to face. The waiting list is long, applicants have to meet a narrow set of requirements, and homes must pass rigorous inspections. The bottom line: too many applicants and too few houses. 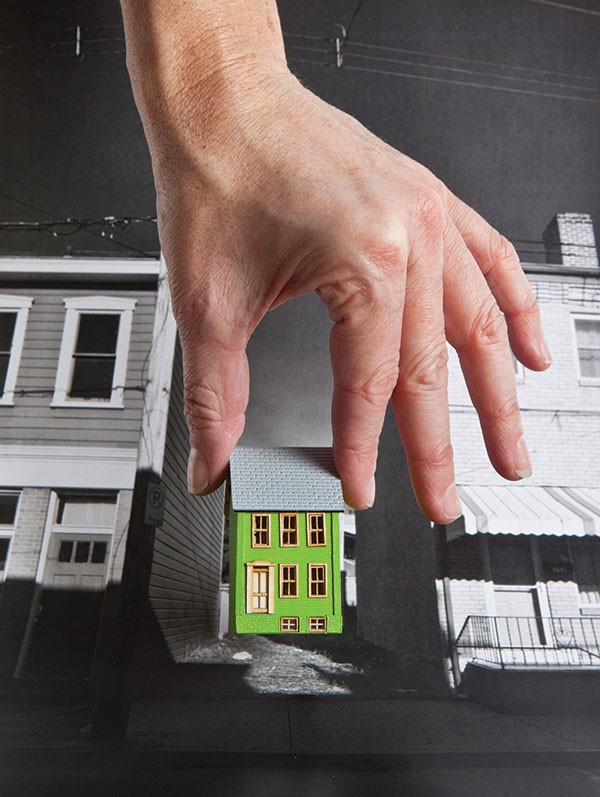 The program is a stark reflection of the city's shortcomings when it comes to affordable housing. According to an Analysis of Impediments to Fair Housing Choice report for 2015-2019 conducted by the city planning department, more than 55 percent of low-income renters are spending more than the recommended portion of their income on housing because of the lack of affordable options.

Activists say improving these conditions will mean finally facing Pittsburgh's increasing problem with affordable housing — a problem that's been fueled by the destruction of several public-housing complexes and the rise of high-end residential developments.

"There's a serious lack of affordable housing in Pittsburgh," says Carl Redwood, head of the Hill District Consensus Group. "The city has recognized it every year but they fail to make a change."

Fair-housing activists and elected officials say that changes must be made to the city's voucher program and that the city's housing authority must find creative ways to leverage voucher funding from the federal government. But Redwood and others say pressure must also be put on property developers to ensure that new residential developments include affordable housing.

The housing authority's voucher program provides rental assistance to families earning less than $34,750 for a family of four.

For Tanelle Robinson, a mother of three, admittance into the program meant she could finally move her family out of the Northview Heights housing project. But getting into the program was just the first step. The process of finding a home that met the Section 8 program's requirements and a landlord willing to accept a voucher was difficult.

"The places that did accept vouchers, some of the houses were horrible," Robinson says. "But a lot of the landlords [of nicer properties] would say no. I think it's unfair. They should check into a person before they just deny it. It's not fair because I'm a working mother and very responsible."

Robinson pressed on, going to see houses after full work days and helping her kids with homework. On the weekends, she'd spend her days hitting as many houses as possible.

"I was just playing my luck, going to see different landlords, and I wouldn't tell them I had Section 8 until they met with me," says Robinson. "The last place I went to, at the end of our meeting when I was about to leave, I just asked her if she would accept funding from the government. And she said she's never done it before but she was willing to give it a try."

Robinson's coworker Danielle Haskins' search did not end the same way. After years on the waiting list, she received an Allegheny County housing voucher last fall.

After nearly two months of searching, it was a week before Christmas and Haskins' voucher was set to expire. She'd finally found a home and a landlord willing to accept her voucher. However, the landlord owed back taxes on the property and the home was deemed ineligible under the project guidelines.

She has no idea how much longer she will have to wait on the list.