On the Record with Pat DiCesare | Pittsburgh City Paper

On the Record with Pat DiCesare 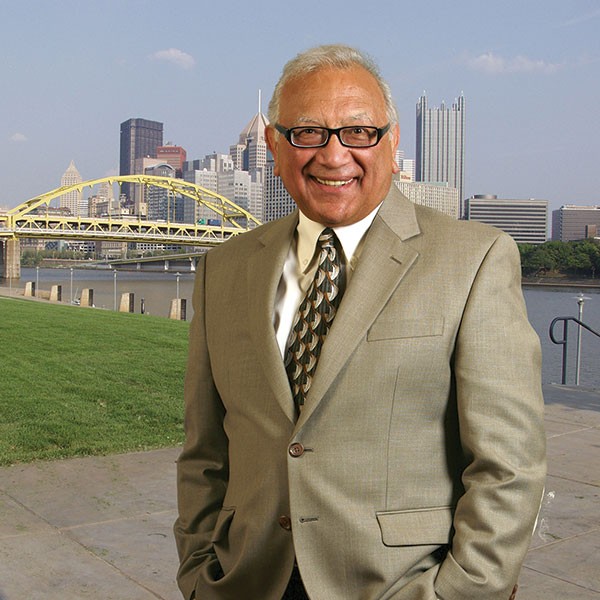 Now-legendary concert promoter Pat DiCesare was in his early 20s when he booked The Beatles at the Civic Arena on their first U.S. tour in 1964 — his second concert booking ever. This week, he celebrates the show's 50th anniversary (and the release of his memoir) with a concert featuring Beatlemania Now! and other tribute acts.

Take us back to that show — how did you get in a position to book The Beatles?

I started out in the record business — my first job was sweeping floors. [Eventually] I became a record promoter; I drove to every little record store there was to promote our records. Around the time John Kennedy was killed, in November 1963, someone played this record for me — "Love Me Do," by The Beatles. The next day someone said to me, "Did you ever hear this record by The Beatles, 'She Loves You'?" When I heard "She Loves You," with all that "Yeah, yeah, yeah," there was something about that that grabbed me. I went to [my boss, Tim Tormey,] and said, "I want to bring this group into the Civic Arena." He said, "You've gotta be crazy!"

I told him to call the agent for Lou Christie [at the William Morris Agency], and ask her what the story would be to bring The Beatles to Pittsburgh. She said, "I've never heard of them, and they're from England — forget it; no artist from England has ever made it in the U.S."

That was about it until Dec. 27, 1963: Capitol Records released Meet the Beatles on LP. Capitol Records sold 850,000 copies of that LP in the first 10 days. Beatlemania set in.

I called the agent back — they're telling me they have all these national promoters that want the show, [I] don't have a track record, and I said, "Yeah, but I called you first!" They said, "If you want to get The Beatles, they want $35,000 guaranteed, against a percentage of the gate. Here's the second part of the deal: Since we don't know you, you have to get $5,000, put it in a paper bag, deliver it to a bartender at Club Elegant in Brooklyn. And you've got 48 hours to do it."

I went to bar-owners, jukebox operators I knew; they all thought this was the biggest scam. And these guys were all questionable characters [themselves]. I ended up coming home to my parents in Trafford, telling them the story I'm telling you. The next day, I drove back home at the end of the day, I figured I've just got a few more hours. After we're done eating, my father slides an envelope over to me. There's a check made out to me, for $5,000. He says, "That's for you. Do your Beatles." I said, "Dad, I can't take your $5,000! Where'd you get that?" He said, "I put my house up against it for a loan from Westinghouse Credit Union." I said, "Dad, I gotta give this to a bartender in Brooklyn! I can't do that!" He said, "Do you believe in The Beatles?" I said, "Yeah!"

We wired it to an attorney in New York; he took it to the Club Elegant. We made it in the 48 hours.

When the show happened that September, did you get to meet The Beatles?

The disadvantage of being a young man in the '60s was the Vietnam War. Everybody was getting drafted. On May 29, I got drafted, and I went into the Army. On Sept. 14, The Beatles played Pittsburgh, I was in Fort Sill, Oklahoma. I never got to meet The Beatles.