On the Record with Dominic Cipolla of The Phantom Family Halo

"On the recordings, I generally play most everything ... even some of the stuff that is improvised" 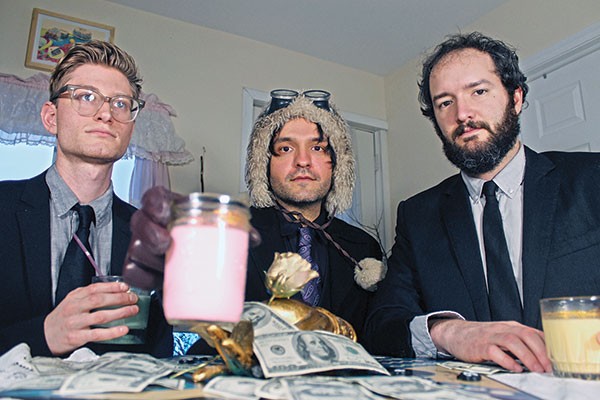 Avant-psych outfit The Phantom Family Halo, which centers on multi-instrumentalist Dominic Cipolla, began in Louisville, Ky., but moved four years ago to Queens; the band's latest, Raven Town Witch, is out now on Sophomore Lounge Records.

You went back to Louisville to record this album, right?

Yeah, this one and the last one were both done with Kevin Ratterman at a place called La La Land. He's done those last few My Morning Jacket records, and did pretty well with them. So he could invest pretty heavily in a really amazing studio there.

The lineup of the band has changed a few times; what's the format now?

It changes around; on the recordings, I generally play most everything — which, by the next record, will probably change. I'm looking to do a full-on live recording situation with the guys I play with up here. Years ago, I played drums and sang, standing up. Since I've been up here, I just play guitar and sing. We're a five-piece now.

Some of your new stuff is formatted like psych-pop songs, but some sounds like improv — which seems like it'd be hard to do, recording everything yourself.

There are occasionally a few people on some of those songs, but even some of the stuff that is improvised, I would do drum parts first, with the idea of leaving some stuff open, to see what would happen when we go back over top of it.