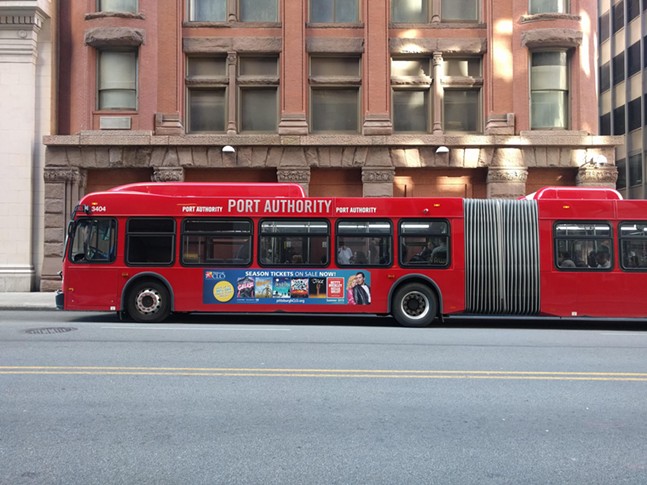 CP Photo: Abbie Adams
On Mon., March 23, the Port Authority of Allegheny County announced that it would be reducing its bus and light rail service due to a decrease in ridership as a result of the coronavirus pandemic, and subsequent stay-at-home and social distancing orders from the state government.

In a press release, Port Authority said there will be a 25% reduction in service, beginning on Wed., March 25, citing that bus ridership has dropped by 50% in the past two weeks.

"The reduction balances the Authority’s need to protect frontline employees while maintaining service for essential trips taken by hospital staff, government officials and emergency responders" states the press release. "It takes into account public guidance from state and local leaders, along with emergency orders to cancel events, close schools, and offices, and limit social gatherings across the nation."

Last week, Port Authority announced a social distancing policy on all of its buses, telling riders to stand or sit at least six feet apart. Port Authority also announced it would be cleaning and disinfecting buses more frequently, which the press release states will become easier to keep up with fewer buses in use.

Reduced schedules can be found on the Port Authority website. Buses with service on Saturday and Sunday will not change service on those days.

Local transit advocates at Pittsburghers for Public Transit have started a petition to get people to sign on to a letter that asks for federal officials to provide robust funding to public-transit agencies like Port Authority, so that further service reductions and cuts can be avoided.
© 2022 Pittsburgh City Paper