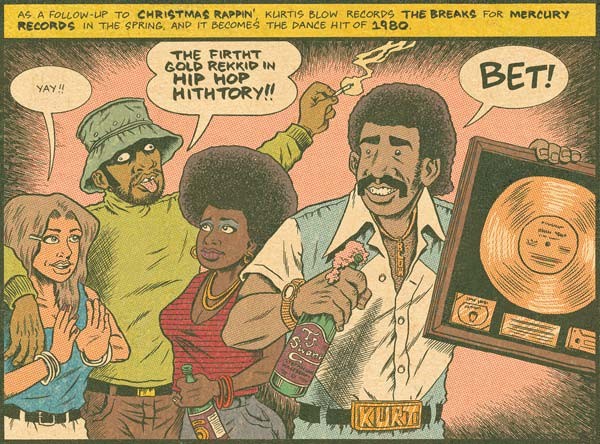 Piskor is known for his critically acclaimed computer-hacker epic Wizzywig, and for collaborations with the late Harvey Pekar including The Beats, which Piskor partly illustrated. Hip Hop Family Tree — Piskor's first book in full color — paints a big picture, from the music to the graffiti and more that comprise hip-hop culture. "It's very important to note that the main character is hip hop, and all of these people are just little bits to create the whole," says Piskor, 31, a life-long hip-hop fan. 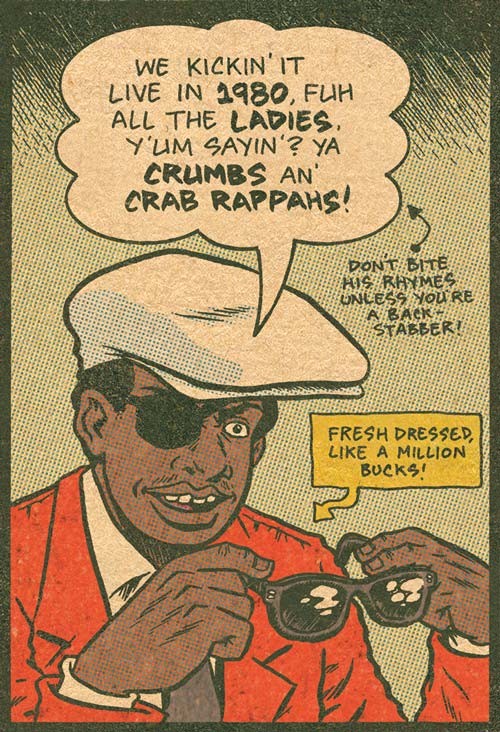 Family Tree actually debuted as a weekly serial, starting Jan. 1, 2012, on web blog Boingboing.net. That exposure didn't just garner the Munhall native a book contract; it has also gotten him featured on Time.com and earned admiring quotes from hip-hop icons like Biz Markie, who says, "This is the comic of all time."

Piskor recently spoke with CP. A longer version of this interview is available here.

Has hip hop always been with you?

I was one of the only white kids in my neighborhood. My house is in between several playgrounds. On [one] playground, there was a very prominent "Homestead" graffiti burner, and the "o" in Homestead was an eight-ball. And I would just draw that endlessly. There are two hoops at the playground, so when guys are waiting around for next opportunity to play, they're just in a circle, forming a rap cipher. It was just always there. It was like the air, you know? 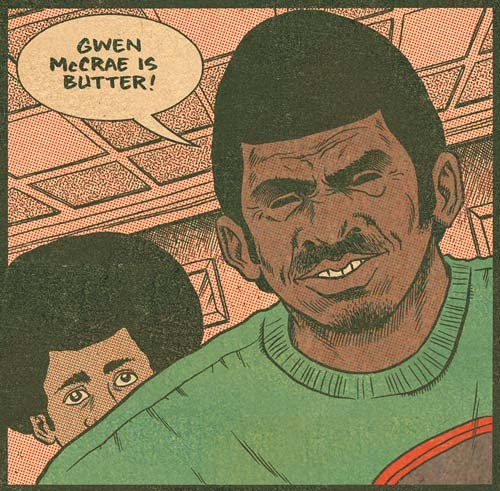 Why the large format, a la the old comics "treasury editions"?

That was a very important format for the time that the story's constructed [for titles including DC's 1978 classic "Superman vs. Muhammad Ali"]. I just wanted to give it that vibe of those old-time comics.

I had offers from New York — big-time book publishers. I took a substantial pay cut to get this vision across. I chose based on format. Because it's a weird size, it's a hard-to-shelve book for stores. And Fantagraphics, they never said no to anything.

Your color palette is also 1970s-era. You hand-draw, then digitally sample colors? 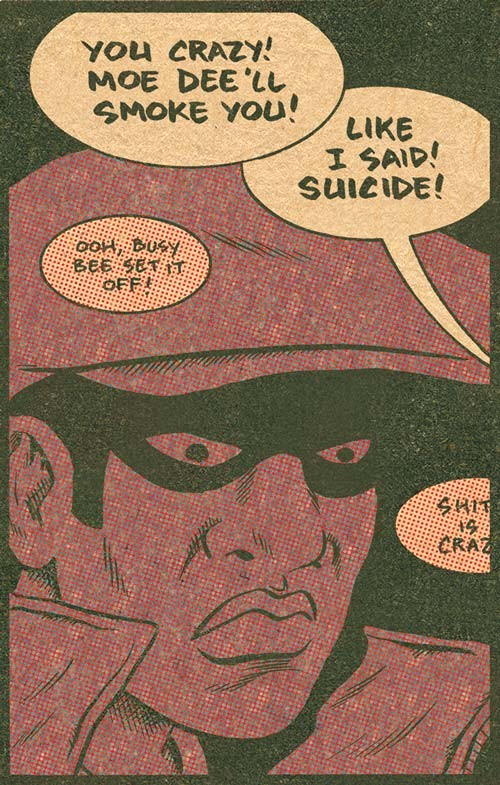 For the book's content, you credit sources including Dan Charnas' book The Big Payback and interview archive thafoundation.com. What about visual references?

There was a great photographer during that period covering this stuff. His name's Joe Conzo. So he has this great archive of visual references that I can pull from. There's a photographer named Martha Cooper who documented the New York scene in depth. [And] basically my favorite period of filmmaking is those gritty New York films of the '70s. I love Scorsese, I love French Connection, Pelham One Two Three. When I'm working, those flicks are going on in the background [on his laptop].

What about hip-hop history should people know better?

The importance of the downtown New York City hipster art scene was crucial to the development and the propagation of hip hop. ... It could have just been this very niche thing that just happened in the projects. But it was discovered by people like Debbie Harry, Malcolm McLaren. [Graffiti artist and future MTV host] Fab Five Freddy was like the bridge who introduced that Bronx uptown to the downtown art world. And that's where graffiti really plays in. The bourgeoisie, they sort of nurtured it and allowed it to grow in the city, because they started bringing people like Afrika Bambaataa into these downtown clubs.

Why spend four pages on the emcee battle between Kool Moe Dee and Busy Bee Starski?

It's a battle between the old generation and the newer. Busy Bee represents the old, and Kool Moe Dee represents the future. Busy Bee is simply about getting the crowd in a frenzy, saying stuff in a call-and-response fashion to excite people. And Kool Moe Dee's stuff is content-based. That has won out. So it was very important to show this passing of the guard.

Pekar's The Beats is also a cultural history. Did doing that book influence this one?

The structure that Harvey put together is what I used for this project. In most comics, the panel-to-panel transition is like a moment-to-moment thing. But in The Beats, years can travel between panels, and it's like the art is in picking the moments that you choose to cover. Also, The Beats, it's an ensemble cast, and how Harvey kinda juggled all of these components is something that I keep in mind while constructing this comic.

Do you keep up with hip hop?

I don't know anything about modern rap, really. I feel like lawyers killed rap in the way that I know and love it [when DJs simply looped existing records]. Now it's more lyrically based, and the production is kind of weak, to me, on almost everything.

How far will your five-volume history go?