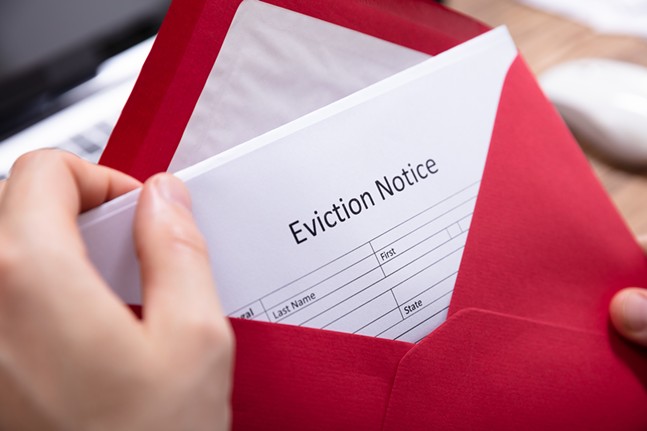 In wake of the coronavirus pandemic, Pittsburgh City Councilor Deb Gross (D-Highland Park) has introduced a Will of Council calling for temporary moratoriums on evictions, foreclosures, and utility shut-offs within Allegheny County. The proclamation calls on the state courts and county sheriffs to suspend any evictions and foreclosures.

Gross posted a draft of her Will of Council on her social media accounts, saying that she plans to introduce it next Tuesday. Her proclamation also asked Pittsburgh Water and Sewer Authority (PWSA) and local electrical providers to indefinitely suspend any shut-offs. Earlier today, PWSA announced it would expand its moratorium on shut-offs, which are already banned for certain low-income single-family customers during the winter.

“This Tuesday, I will be introducing a resolution that addresses the serious need for equity in the city’s response to the national health crisis caused by the COVID-19 outbreak,” wrote Deb Gross. The Will of Council also asks West Penn Electric, Duquesne Light, Columbia Gas, Peoples Gas, and Pennsylvania American Water to suspend utility shut-offs.


I drafted this Will of Council for Tuesday — moratoriums on evictions, foreclosures, and utility shut-offs pic.twitter.com/H7XSEkB3pP

Health experts have suggested that those who are experiencing coronavirus symptoms and/or have come into contact with people who have been infected should self-quarantine and remain in their homes. Evictions would cause any infected parties to break self-quarantine, and potentially spread the virus.

Allegheny County Magisterial Judge Mik Pappas (D-Highland Park) said that there is a "good public health argument to not be displaced at this point in time," though he said judges like himself will have to hear each case on its own merits unless they receive broader guidance from judicial leaders.

The letter was cosigned by 47 people and organizations, including Gross, as well as Casa San Jose, Planned Parenthood of Western Pennsylvania, the Bloomfield-Garfield Corporation, and more.

“Pittsburgh and Allegheny County are not immune to the global public health crisis of COVID-19. Each day, more and more people are at risk of contracting COVID-19,” the letter begins. “Those who face homelessness or day-to-day housing insecurity are at a higher risk of being exposed to the virus, becoming ill, and suffering catastrophic health outcomes. Moreover, workers in the service sector are vulnerable to losing income and therefore facing eviction because of workplace closings, school closings and missed work.”

The letter explains that many residents will struggle financially as their jobs could be cut or reduced, or are forced to work from home.

Similar moratoriums are being called for across the country. In an address on March 12, U.S. Senator and presidential candidate Bernie Sanders (I-Vermont) called for moratoriums on shut-offs, evictions, and foreclosures. U.S. Sens. Elizabeth Warren (D-Mass.) and Jeff Merkley (D-Oregon) followed suit today and called for a moratorium on evictions.

Several cities have introduced measures for a temporary moratorium. In San Francisco and New York, large groups of landlords have pledged not to evict tenants.
© 2022 Pittsburgh City Paper