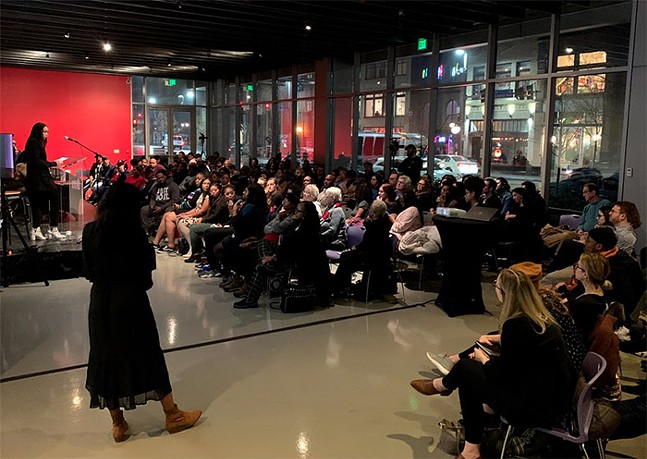 The panel, hosted by Pittsburgh City Paper and PublicSource, was open to all members of Pittsburgh media organizations and originated from an idea by Pittsburgh artist Tara Coleman, who moderated the panel along with PublicSource community correspondent Jourdan Hicks, with introductions by City Paper writer Jordan Snowden. The video in its entirety is posted below.

UPDATE, Sat., March 7: After discovering this week that names of panelists were incorrectly added to the video during editing, we've deleted the original video from all of our sites and a new video can be found below. We sincerely apologize for the mistake.

Attendees at the panel were also invited to leave a video message for local media in a testimonial station, which can be seen here: How could Pittsburgh media better cover the city’s Black communities? Here are some thoughts from residents.

Pittsburgh City Paper believes it's important that this conversation continues long after the panel and welcomes community feedback as we work further on making sure our company and coverage is inclusive. Readers are encouraged to send feedback, story ideas, and suggestions to lcunning@pghcitypaper.com.
© 2022 Pittsburgh City Paper