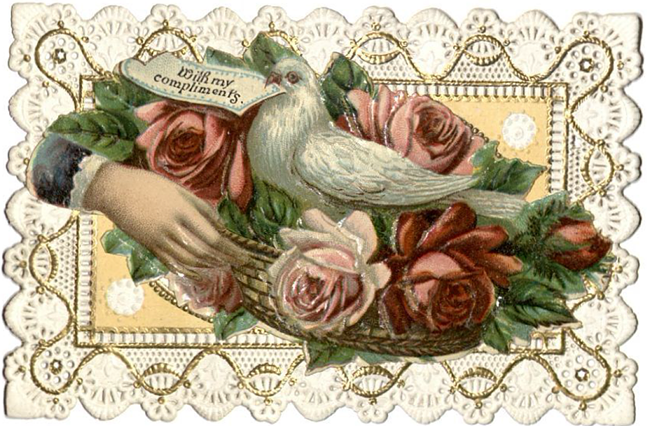 Photo: Henry Clay Frick Papers
Valentine to Adelaide Howard Childs Frick from "C+M."
The upcoming Valentine’s Day serves as, among other things, a reminder of what it takes to fall in love in the 21st century. It’s a journey that could involve an endless array of dating apps, fears of catfishing, and bad first encounters. When you do find The One, there’s the wedding, and all the costs, planning, and family drama that comes with it.

With all this, it’s easy to romanticize a (seemingly) simpler age, when people (seemingly) just met, fell in love, got married, and lived out the rest of their lives together, all with little to no fanfare. The Frick Pittsburgh will explore one such time period with My Dearest: Love and Courtship in the Gilded Age, a guided tour looking at love in the American Victorian era through the lens of the courtship, wedding, and early married life of Henry Clay Frick and his wife, Adelaide Howard Childs.

Taking place in the historic Frick home, the Clayton, the tour  – running now through April 5 – allows visitors to view artifacts, photographs, archival documents, and newspaper articles about the Fricks, and the process of courting, announcing  – or breaking off  – an engagement, and preparing for a wedding.

Dawn Brean, Frick’s associate curator of decorative arts, organized the tour and wanted to illustrate how the social behavior of the period was “guided by a very strict code of etiquette that governed how people should conduct themselves.”

My Dearest is similar to a previous tour that used the Frick family to look at Gilded Age death and mourning rituals.

She adds that visitors will see copies of letters between the couple – known affectionately as Clay and Ada – and objects they received as wedding gifts, as well as photographs from their honeymoon and Ada in her bridal ensemble, including a “gorgeous cloak" worn at her wedding. 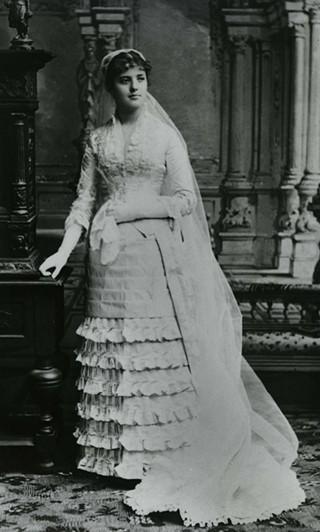 Also on view are casually worded, handwritten notes from 1881 when Clay first began to pursue Ada. “Miss Ada, It has every appearance of being a pleasant evening, and if agreeable to 2 you, should like to join you for that horseback ride this evening at 7…Very sincerely, H.C. Frick,” says one, while another asks her on a date “to see Emma Abbott in ‘Fra Diavolo’ at Opera House.”

Clay and Ada were married at the end of 1881 in what the Pittsburgh Commercial Gazette called “one of the most notable weddings of the season.” After their honeymoon, the newlyweds settled into married life at the Monongahela House Hotel in Pittsburgh and later purchased the Clayton.

Compared to today’s wedding industrial complex, when couples take months, or even years to plan the big event, Gilded Age practices appear quaint, even relaxed. Clay and Ada courted only a few months before getting engaged, and a press release describes how etiquette guidebooks at the time suggested that wedding invitations be sent four days to two weeks in advance. Now, popular wedding sites like Zola and Brides.com suggest sending invites six to eight weeks prior to the wedding date – and that’s in addition to save-the-dates being sent up to six months prior. (It should be noted that, unlike the very wealthy Clay and Ada, the majority of brides and grooms now most likely don’t a full staff at their disposal.)

Brean says the tour also includes information on Valentine’s Day celebrations at the turn of the 20th century, with a dining room display “inspired by a party Childs Frick threw for the family in the 1890s.” The display will include “antique candy heart molds and handwritten Valentine cards from the era,” as well as a selection of romantic plays and novels pulled from the Frick library.

In addition to My Dearest, Brean says the Frick has “lots of ideas for future tours,” including a focus on domestic technology in the home and a tour that would explore some of the hidden aspects that most visitors don’t get to see.

“We try to offer visitors a different lens through which to see the Frick family and this time period in history in order to connect to their own experiences,” says Brean.