Highlights include "An Illegal Conversation: What we would like to talk about together in China — but can't." 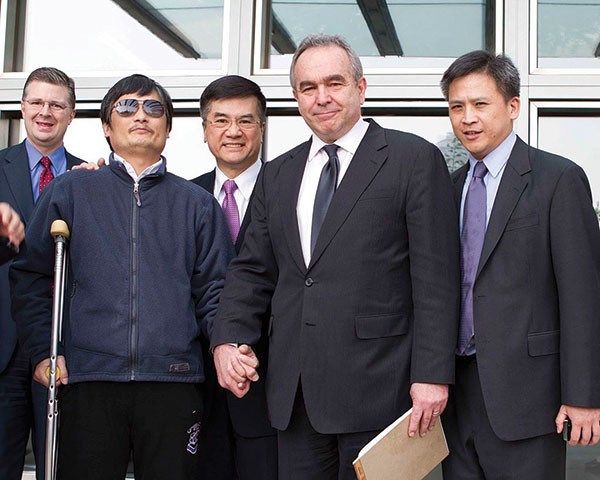 Exiled Voices of China and Tibet is sure to be Pittsburgh's biggest-ever gathering of prominent expatriate Chinese dissidents. It might be the biggest anywhere.

On June 8, the day-long City of Asylum Pittsburgh event will host writers and musicians who have suffered censorship and imprisonment at the hands of the Chinese government. Perhaps the best-known guest is Chen Guangcheng, the human-rights activist and lawyer who, though blind, escaped house arrest in China last year with the help of the U.S. State Department. He now lives in New York City.

Highlights include Tienchi, Liao and Chen conducting "An Illegal Conversation: What we would like to talk about together in China — but can't." Interpreters will translate for participants who don't speak English.

The closing concert features: Melong, a Tibetan rock band (now based in Minnesota) with a political edge; Huang Xiang, the dissident poet who was the first exiled writer COAP sheltered, known for his fiery performances; and Pittsburgh-based political rapper Jasiri X.

COAP co-founder and president Henry Reese says the event, like 2012's Iran-themed forum, highlights the importance of freedom of expression. In keeping with COAP's mission, this is no academic seminar: It's free, open to the public and held under a tent on Monterey Street, near the houses where its exiled writers stay.

Tienchi, speaking by Skype from Hong Kong, emphasized that in China, "There is still no freedom of expression. ... If [writers] really want to speak the truth, they are always facing lots of harassment and threats." She lauded Chen: "He is a courageous and really brave person who fights for human rights for his compatriots."

Reese adds that the reach of the Chinese government is long. He says some Pittsburghers associated with global businesses declined to attend this event. "If you do business in China, you just don't want to be associated with it," he says. "To me, that's why we need to do it."