Pittsburgh has a lot of flipped homes recently. What does that mean for the region? | Pittsburgh City Paper 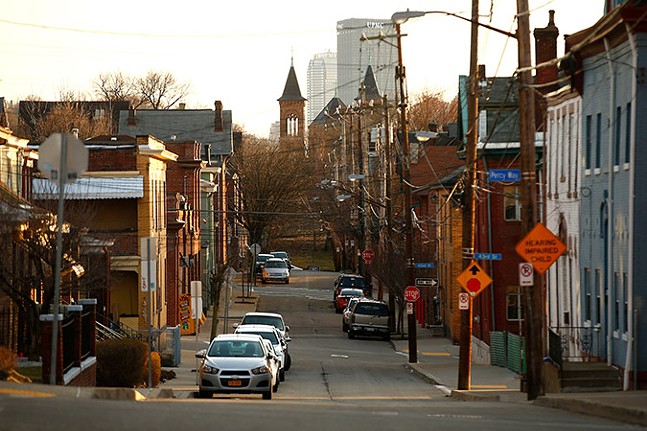 ATTOM data shows that after the homes are flipped, Pittsburgh has the third highest rate of all-cash purchases in the nation, just behind Detroit and Cleveland.

For people looking to make relatively easy and quick profits in Pittsburgh’s real estate markets, this is fantastic news. But for those looking to ensure equity in an increasingly unequal region, the home flipping success brings a myriad of problems.

Data from Denver shows that neighborhoods with high home-flipping rates have high levels of gentrification. Gentrification is when redevelopment brings in more affluent residents, typically at the cost of displacing low-income people. According to the National Community Reinvestment Coalition, Pittsburgh was ranked as the eighth most gentrified city in America.

ATTOM doesn't have any neighborhood specific data on Pittsburgh flipping, but home prices have drastically increased in Lawrenceville, coinciding with gentrification in that neighborhood.

Rick Swartz of Bloomfield-Garfield Development Corporation, a nonprofit development group, says home flipping has also come to Garfield. He wasn’t surprised to learn that Pittsburgh has one of the highest rates of all-cash home purchases because he has seen it play out in the neighborhood.

“We're seeing evidence of this activity every month in Garfield,” says Swartz. “None of these purchasers is working through conventional financing channels. Instead, they're pulling in cash from investors from as far away as California. Pittsburgh is very attractive to these investors because of our still relatively low acquisition costs, in comparison with the markets in their home communities."

Swartz worries that the aggressiveness of these all-cash purchases is hurting the renters in Garfield. He says home buyers and flippers buying properties for $100,000 might be good for homeowners, but for tenants, it can be precarious. Swartz says all-cash deals may not give a 90 or 120-day notice to tenants and they might only have 30 days to find a new place. With the rapid race of sales in Pittsburgh, this means they're less likely to find a new home in the same area.

Aaron Terrazas, an economist at real estate site Zillow, told Reuters in 2018 that all the home flipping is beneficial to Pittsburgh because it is updating a very old housing stock.

“Pittsburgh’s housing market was under-invested in for 40 or 50 years,” said Terrazas. “The housing stock in the urban core of these cities requires substantial investments to update these older homes and bring them up to modern living standards.”

And while upgrading old homes is beneficial for Rust Belt cities like Pittsburgh, it also makes it harder for the city to maintain affordability. To address affordable housing concerns, Pittsburgh created a $10 million a year trust fund called the Housing Opportunity Fund. Pittsburgh City Council also recently started an inclusionary zoning pilot in Lawrenceville that would require large development and redevelopment projects to include percentages of affordable units.

But, Swartz worries the strength of the home-flipping market might be too much to combat, in terms of creating enough affordable units.

“We had thought there would come a time when the BGC could seriously think about exiting the business of affordable housing development, but this activity is causing my board of directors to have second thoughts,” says Swartz. "Who is going to protect Garfield as a future home for working-class individuals and families in the face of this behavior?”

He doesn’t believe local, state, and federal government are doing enough to address this issue. And, in the end, the result will be home flippers migrating up the hill into neighborhoods like Garfield. Swartz says buyers are “merely looking for a bargain on a single-family home” in Garfield because they can no longer find that in the increasingly expensive Lawrenceville.
© 2022 Pittsburgh City Paper