Bad Check: Some restaurant owners get poor reviews when it comes to tip pooling

"Tips do not belong to the employers" 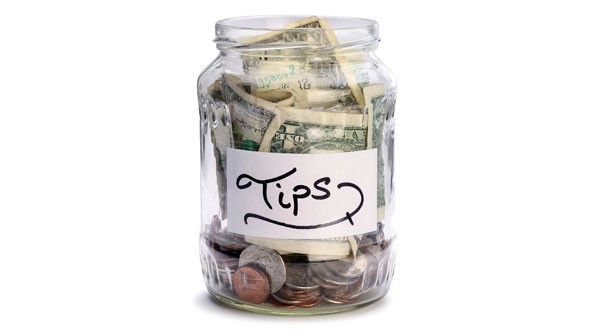 Jesse Seager, the owner of Point Brugge Cafe in Highland Park, learned a hard lesson last year when he was ordered by the U.S. Department of Labor's Wage and Hour Division to pay $37,719 in back wages to 39 of his employees.

He had been requiring his servers — who can clear $250 a night in tips each — to share a small portion of what they earned, about $10 each a night, with his dishwashers.

Dishwashers "are the lowest paid in the restaurant industry, and they physically work the hardest," Seager says. "I thought it was just a kind gesture, a fair gesture."

The federal agency, however, disagreed. Under the Fair Labor Standards Act, employees who do not provide table service to customers are not allowed to be included in any tip-pooling arrangements mandated by employers. Servers, in other words, cannot be forced to share their tips with the back of the house.

While Seager paid back the wages he owed and gave his dishwashers a raise to make up for the loss in extra cash, another Pittsburgh restaurant has refused to do the same, according to Joanna Hawkins, a spokeswoman for the Department of Labor's Wage and Hour Division.

The Grandview Saloon, in Mount Washington, was ordered last year to pay $29,615.78 in back wages to 47 employees for also requiring its front-of-the-house staff to share tips with the kitchen staff. The period of repayment covers those who worked at the restaurant between May 10, 2010 and April 29, 2012.

George Sotereanos, who is listed as the contact for the restaurant on Allegheny County Health Department records, did not return several messages left for comment.

Hawkins says the employees have been advised of their rights.

"Now that the employer has refused to pay, [he] takes the risk that if any or all of the employees exercise their rights and sue for back wages owed plus damages, they will probably prevail in court," Hawkins says.

But that may be a calculated risk, says Samuel Cordes, a Pittsburgh attorney who specializes in employment law.

"Employers tend to play the waiting game with employees," Cordes says. "They assume most won't stick around for the long haul."

Cordes says violations of the FLSA, particularly in the restaurant industry, are more common than one might think, but "one of the problems facing the federal agency is that they have no power to do anything. If the employer says ‘no', like in this case, the [only] option is to go to court and seek a judgment. ... Employers will take advantage of that."

The Grandview Saloon is the only Pittsburgh-area restaurant in recent violation of the FLSA for tip pooling to refuse to reimburse its employees, Hawkins says.

Another restaurant, Tessaro's in Bloomfield, was also found similarly at fault last year. Its owners are still in the process of repaying the $39,798.59 the federal agency says they owe 27 employees who worked at the restaurant between March 7, 2010 and Feb. 26, 2012.

A manager for Tessaro's, Moira Herrington, declined to comment on the decision.

The federal agency is looking into a fourth case involving a restaurant in Allegheny County that may have illegally pooled tips, Hawkins says. She declined to release the restaurant's name or provide any further details, citing the ongoing investigation.

Point Brugge's Seager says the rules are complicated and he never intended to take money from the servers unjustly. "We are a very transparent company, and that's why we got into this mess," he says.

Cordes agrees that the rules are complex, but says that the over-riding principle is that "tips do not belong to the employers. Anything that an employer does that would tend to keep those monies or direct how that money is distributed is generally a violation of FLSA."

Seager says he is still disappointed in the finding. Although he pays his dishwashers above minimum wage, he says there is only so much he can do to supplement the lost money.

"I still think it's the right thing to do," he says. "I just can't control it, recommend it. What [the servers] do with their money is up to them."