Jorden Morris' ballet has a plenty of romance and intrigue and a tearjerker ending. 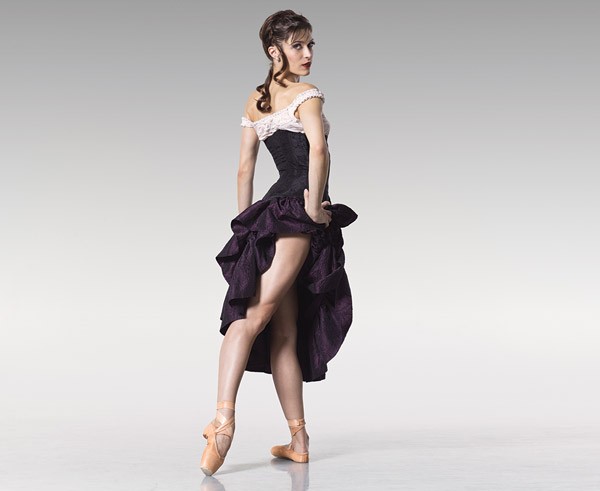 Celebrated on stage and screen and in literature, the most famous cabaret in the world is now a story ballet.

The only ballet licensed by the Moulin Rouge to carry its name, Morris' original story asks: If two good, innocent people were dropped into the cauldron of decadence, art and bohemian life that was Paris in the late 19th century, would they survive?

Nathalie is a kind-hearted laundress plucked from obscurity by Moulin Rouge manager Charles Zidler to be his next great star. Matthew is a wide-eyed young painter new to Paris. The two meet, fall in love and fall into a classic love triangle after Zidler develops an unwanted obsession with Nathalie. Throw in historical figures such as painter Henri de Toulouse-Lautrec and Rouge stars La Goulue and Mome Fromage, add cancan dancing and music from the era's composers, and you have Morris' sparkling two-hour ballet.

(Perhaps ironically, Moulin Rouge is family-friendly: To satisfy the people who commissioned the ballet and the Moulin Rouge itself, Morris says, the setting's decadence is implied rather than explicit.)

PBT principal dancer Christine Schwaner, one of three ballerinas who will perform the role of Nathalie (on Feb. 14 and 16), describes the character as sweet but conflicted. "She wants the opportunity of a better life the Moulin Rouge has to offer, but also a personal life outside it," says Schwaner.

At a recent in-studio rehearsal of the ballet's first act that included Schwaner as Nathalie, the ballet came across as full of life, awash in a Disney-esque charm, with Morris' choreography both utilitarian and action-filled.

Morris describes the ballet as having cinematic qualities: Act I depicts the hustle-and-bustle mixing of Paris' social classes outside the Moulin Rouge, while Act II offers up the seedy, costume-rich spectacle within the theater. But he emphasizes that his ballet is unrelated to Baz Luhrmann's 2001 film Moulin Rouge! — no Nicole Kidman character, no Madonna songs.

It does, however, have a plenty of romance and intrigue, including a moving pas de deux between Nathalie and Matthew in the shadow of the Eiffel Tower, and a tearjerker ending.

Sums up Schwaner: "Love in Paris — what else can you ask for?"