Without helium, the party will really be over 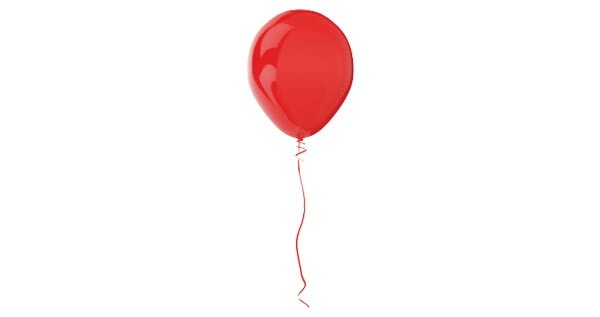 If oil disappeared tomorrow, civilization would halt. That's not news. But a host of unheralded substances also underpin society as we know it.

One of them is helium. The lighter-than-air element was in the news recently after shortages hit the party-balloon business. "People are going to have to change their minds about what a balloon is," one balloon-store owner told a North Carolina newspaper.

But party decorations comprise just a tiny fraction of helium usage, and hardly its most important function. And while the second most common element in the universe isn't technically "running out," industrial quantities of it are surprisingly scarce. So helium tells us a lot about how we handle the nonrenewable substances we take for granted.

When it's not levitating blimps, helium liquefies at the lowest temperatures of any element. Because it effectively never freezes, it's crucial for cryogenic tasks like cooling the superconducting magnets in MRI machines — a use that by itself accounts for 20 percent of U.S. helium consumption. Other uses include: arc welding; pressurizing and purging fuel tanks for NASA and the military; and manufacturing semiconductors and optical fiber.

Shortages haven't hit those fields yet. But another small-scale use has been affected: basic scientific research. "A lot of labs have not been able to get their liquid helium," says Penn State physics professor Moses H. Chan. "Some people have [had] to stop the research."

The U.S. is by far the world's top helium producer. But in the long run, experts like Chan caution, we could become a net importer. Moreover, they say, the world could exhaust its supply within decades.

As with oil and gold, helium is hard to find in economically recoverable quantities. It occurs only in certain natural-gas deposits, until now mostly stretches of West Texas, Oklahoma and Kansas. The helium is separated from the gas and stored nearby in rare underground geologic formations suitable for long-term storage of vast amounts of helium.

Helium as a commodity is unique because until recently, its principal producer was the U.S. government, intent on securing supplies for national-defense purposes. That long period of stability ended in 1996, when the government began selling off its helium reserve to retire the debt incurred in building its own helium infrastructure.

Unfortunately, the sell-off price was not pegged to the market price, but rather calculated for gradual debt pay-down. And for the past decade, government helium has been selling for half the market price or less. Global demand rose, supply shrank, shortages occurred.

Meanwhile, helium-rich U.S. gas deposits are dwindling, and shale-gas deposits like the Marcellus contain little or no helium. Overseas plants in places like Algeria, Qatar and Russia have yet to come on line — and helium deposits in those fields, of course, are also finite. Chan, who recently testified before Congress about federal helium legislation, says that at current usage rates, the world has as little as 60 years of helium left.

Should we worry? According to conventional wisdom about natural resources, no. When a resource gets scarce, economists say, the price rises and people conserve. They discover new sources, or find substitutes. As long as someone wants to buy a commodity, there'll be more to sell. "We will never literally use all of the oil in the world," says Bryan Routledge, an associate professor of finance at Carnegie Mellon's Tepper School of Business.

Maybe not — but it will sure seem that way to everybody who can't afford oil anymore. Meanwhile, the oil we can find will become harder to reach and more environmentally damaging to extract. It's already happening: Think deep-sea drilling or Canada's tar sands. Or with natural gas, think hydrofracturing.

Helium is present in earth's atmosphere, but the price to extract it is "astronomical," says Chan. And while welders, say, can substitute argon for helium, for cryogenic purposes helium is irreplaceable.

Historically, helium's supply is a function of demand for natural gas. But it's easy to imagine a future where drillers frack for helium, just to keep the MRIs running. At least one firm, Dallas-based Inter-American Corp., is already focusing on helium-centric exploration.

Helium, uncaptured, floats into space. It's much harder for people to transcend the limits of the planet we call home.