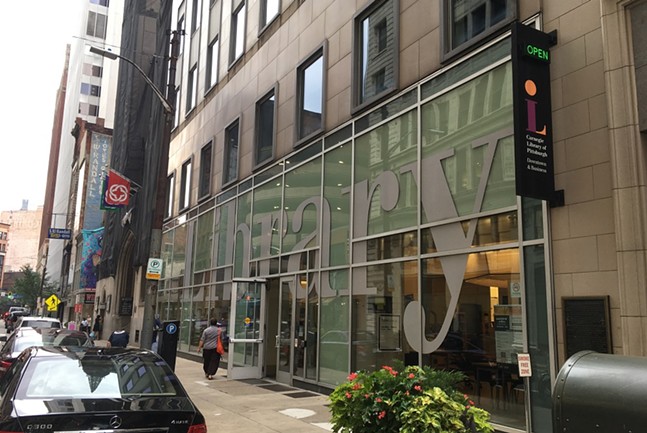 "We are honored to welcome these vital community builders into our growing union," said USW international president Thomas M. Conway in a press release. "This is a big step toward making the library more fair and equitable for the workers that keep it thriving."

The United Library Workers of the Carnegie Library of Pittsburgh are working toward a collective bargaining agreement that would cover 321 eligible staff members across 19 branches and the library support center.

Isabelle Toomey, a children's librarian at the Downtown and Business branch, expressed excitement over starting the next chapter and working toward a better contract, adding that she is proud of her fellow co-workers “for coming together and utilizing our right to organize."

While the vote marks an important step in CLP’s organizing efforts, more needs to be done, and employees require support from community members. That’s why the Community & Students for Academic Workers (CSAW) is hosting a Community Solidarity for Library Workers event on Tue., Aug. 20 at the Thomas Merton Center. A gathering at the nearby bar Mixtape will follow.

Described as a coalition of undergraduate students and community members, CSAW works in solidarity with the United Library Workers union campaign and the University of Pittsburgh graduate student and faculty union campaigns.
Elizabeth Bjerke, a community member and CSAW activist, says CSAW organizes these types of community solidarity events as a way of ensuring “lasting social change.”

“We host these meetings and events to provide an opportunity for the broader Pittsburgh community to support and interact with local unionization campaigns,” says Bjerke. “They bring community members, students, and workers together in solidarity, allowing us to achieve more than we possibly could alone.”

Bjerke stresses that, despite what many people believe, the library system does more than check out books by serving as “vital frontline support to our communities.” Local libraries provide access to a wide variety of media as well as host a number of free educational events, language-learning courses, and resources for job seekers, among other things.

Because of this, Bjerke says that the CSAW feels that the community “stand up for the library workers.”

“Every worker deserves a voice on the job, and the United Library Workers are paving the way for others to unionize and fight for their rights,” says Bjerke.