Set in Pittsburgh, Simple explores the seamy side of politics. 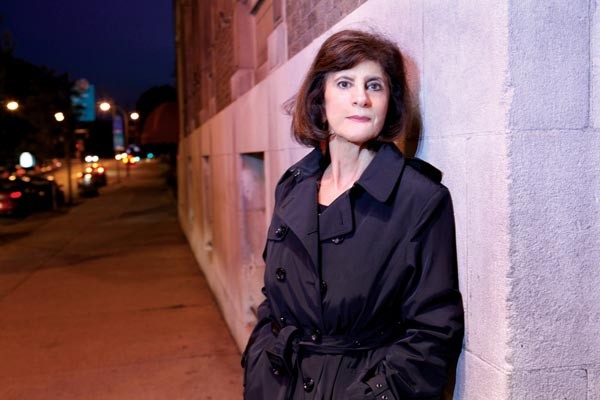 Kathleen George's sixth mystery novel, Simple, is her first to delve into the world of politics.

Centered on the murder of a beautiful young law student who had an affair with a gubernatorial candidate, the novel follows police commander Richard Christie and colleagues as they hunt the culprit.

Like all George's novels, Simple (Minotaur Books) is set Pittsburgh. But the premise was inspired by national events.

"Reading about so many of the scandals, including Gary Hart, for a number of years has just sort of accumulated into a plot," she says. "Politicians have opportunity, they have a lot of stress, and they have a lot of need for adoration."

George's own road to acclaimed mystery novelist wasn't so, well, simple. When she was writing her first police procedural, back in 1998, she considered publishing it under a pseudonym to spare her husband, author Hilary Masters, any embarrassment. But on reading her work-in-progress, "He was really amazed," George says. "He said, ‘I can't believe you did this.' Other people treated it very seriously, as a kind of literary thriller."

With Simple, George took pains to visit all the major locations in her novel, including law offices and a jail.

"I need information, and then the information I get makes something else happen," she says, noting that a prison lockdown she witnessed inspired a scene in her novel.

When it came to plotting, the University of Pittsburgh theater professor says her experience directing plays — especially those of Shakespeare, Chekhov and Shaw — was invaluable.

"They know everything there is to know about keeping the action going," George says. "It's really a profession that teaches you characterization and plot and tension."

Maintaining a day job while keeping publishers satisfied is a challenge, George says. But the correspondence she receives is more than enough to keep her going.

Still, she adds, "The biggest pleasure of all is figuring out a plot and writing it. Being at the beginning of an idea with a frightened feeling, like, ‘Oh my God, can I make this work?'"