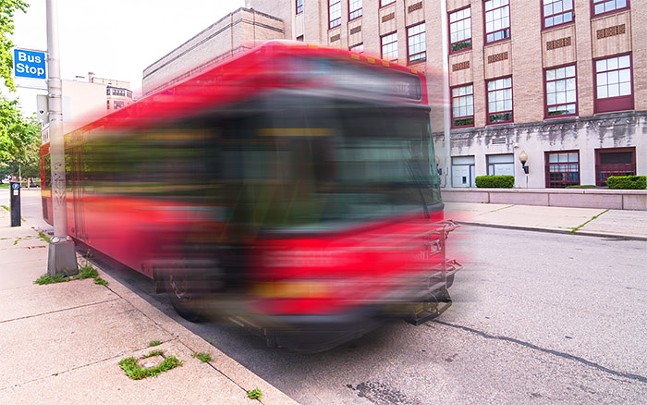 Pittsburgh’s next big public transit project on the horizon is the Bus Rapid Transit (BRT) line from Downtown to Oakland and beyond. The project aims to provide bus-only lanes, new stations, and bicycle and pedestrian facilities in hopes of boosting multi-model transit options and decreasing congestion between the region’s two largest job centers.

The project has been proposed for several years and has gone through some changes, including eliminating proposed transfers for some riders. But it appears to becoming closer to reality and closer to actually starting construction. In March, the Federal Transit Administration (FTA) issued a high rating to the BRT for the second year in a row, indicating it has support from the federal government, who will supply the majority of the funding.

So where are we now?

According to David Huffaker, the Chief Development Officer at the Port of Allegheny County, BRT’s design will hopefully be completed at the end of this year. Huffaker presented at a Southwestern Pennsylvania Commission meeting on Thursday, sharing that 60 percent of the BRT’s design is currently completed.

At the meeting, Huffaker noted the importance of the BRT’s project for the region’s public transit. He said 25 to 28 percent of Port Authority’s service travels through the BRT corridor which stretches from Downtown to Oakland, with branch routes extending to Highland Park, Regent Square, and Homestead. 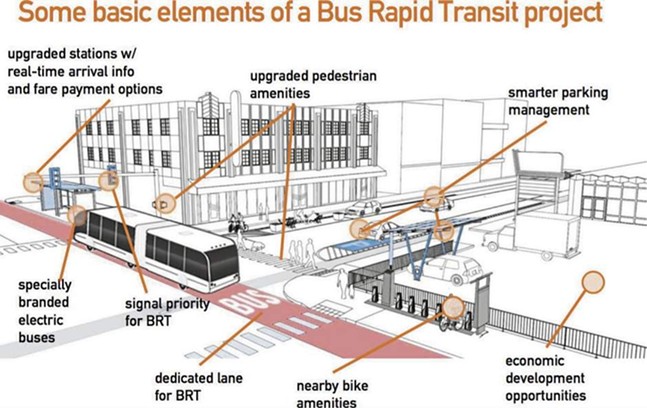 Image courtesy of URA
A mock up of what Pittsburgh's BRT might look like
Until the design is complete, the Port Authority can’t submit its application to the FTA for funds. The BRT has not yet received federal funding, but Huffaker is optimistic it will receive the FTA funds.

“The project has been highly rated by the FTA,” said Huffaker. “We still have to submit the proposal, but there is no indication of any issue.”

Best case scenario, Pittsburgh is looking at a BRT completion date of about summer 2022.

However, there have been reports that the Trump administration is slow walking its FTA funds for some major public-transit projects. Streetsblog reported Wednesday that large transit projects waiting for “money to start construction, now wait an average of 391 days, up from 176 days during the Obama administration.”

House Transportation and Infrastructure Committee Chairman Peter DeFazio (D-Oregon) has called this slowdown “unlawful” and told Streetsblog that it threatens to add unnecessary costs to projects.

Huffaker said he hadn’t read this Streetsblog report and couldn’t comment on its bearing on Pittsburgh's BRT.