For Shani Banerjee, a queer woman of color, the punk rock community is a safe haven | Pittsburgh City Paper 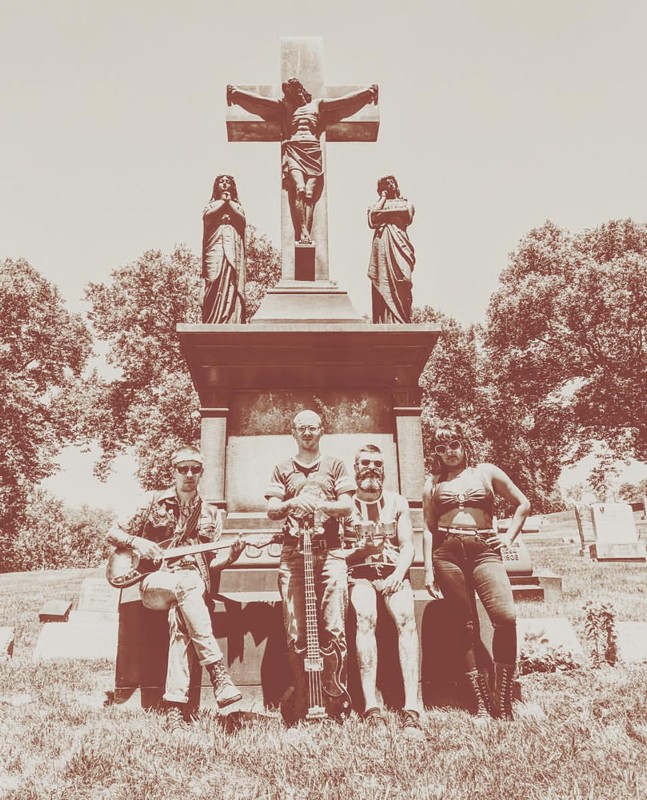 Icelandic fjords don’t usually figure into origin stories of bands in Pittsburgh. Yet, it was while Shani Banerjee was working on the island nation during a photography residency in 2015 that she received an email from drummer Dave Rosenstraus asking her to join a punk band back home in Pittsburgh.

Rosenstraus — whom Banerjee knew from previous encounters with their respective bands — was working alongside guitarist Nick Leombruno on rough versions of early songs for what would become Empty Beings. Banerjee agreed, and Rosenstraus sent her a collection of “sparse sounding” music for a demo they wanted to record when she got home, which she felt was appropriate considering the landscape that surrounded her.

“I wrote my parts on a fjord in Iceland, sang them into my shitty computer mic, and sent them to him until I could get back to the States to record,” says Banerjee.

With two releases — 2015’s Demo and 2016’s EP Confront the Living — Empty Beings is set to release its LP Dead and Pathetic in the coming months. Written over the course of 2018, the album represents a step forward from previous releases.

Dead and Pathetic will be released through the upstart Pittsburgh-based label Play Alone Records. Label co-founder Aaron Grey says part of what drew him to Empty Beings was the way they incorporate post-punk into more formal, structural punk.

The album’s new sound is a result of Leombruno’s push to step away from the “colder” side of post-punk, which he feels was growing stagnant. The warmer side, which invokes more sentiment and melody, allows Banerjee to shine through, adding that the music allowed her to push toward “more pop sensibility.”

For Banerjee, writing lyrics has become the pathway for her to reflect on her lived experience as a queer woman of color in Pittsburgh — far away from the fjords of Iceland. Fans in the punk community don’t blink twice at her identity, Banerjee adds, noting that the local punk community is a safe haven for her, a place for her to be who she is without judgment. And, in part, this is what led her to the punk scene.

Banerjee insists that while her lyrics are not solely centered around aspects of her identity, she has not shied away from the topic either: “being someone of color visibly you can’t really shy from that … but I do bring it up in some songs.” Explaining that while in previous musical endeavors she relied heavily on allegory, she has recently taken on an autobiographical approach to songwriting.

Banerjee cites three songs on Dead and Pathetic — “Growing Boys,” “In Between,” and “Better Way”— as those that best reflect her personal experiences as a queer woman of color. “I think punk has always been a place to exercise extremes and exorcise a lot of doubt. … I’m by no means a mouthpiece or representative of a whole, but if people can connect to some aspect of what I'm doing and how I conduct myself physically, artistically, and intellectually, then I guess I consider it a positive push.”