Pitt's policy "assumes that people want to change their bodies, and that they can afford to." 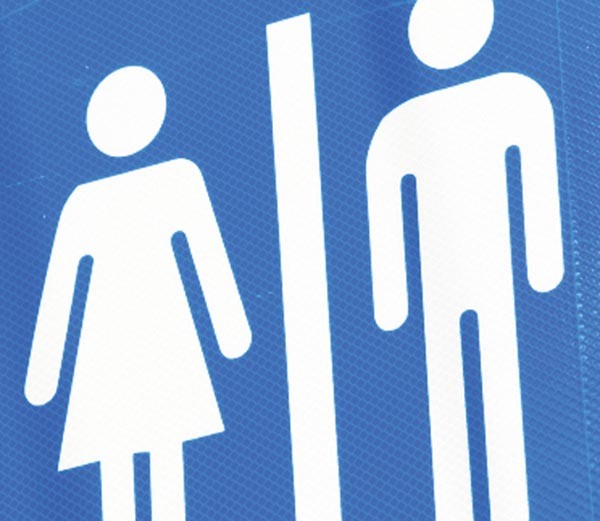 Since joining the faculty at the University of Pittsburgh in 2003, Emilia Lombardi has never had to worry much about which bathroom facilities she should use on the Oakland campus. The choice was simple: As a transgender person who identifies as a woman, it's always made sense for her to use the ladies' room.

"I have never had any issue using any [women-only] bathroom or changing facility," Lombardi says. "I can't see myself using the men's room."

On March 20, a university official informed Pitt's Anti-Discriminatory Policies Committee that transgender students and faculty must use bathroom facilities that match the gender on their birth certificate rather than the gender with which they identify. Since news of the controversial policy broke in the Pitt News student newspaper, critics have condemned it as a potentially harmful move that violates the university's anti-discrimination policy, which prohibits discrimination "on the basis of … gender identity and expression."

"A lot of people were really shocked that they had taken such a harsh position," says Jane Feuer, who chairs the ADPC, which advises the University Senate on issues regarding discrimination. "It was just dropped on us like a bomb."

Before the announcement, Feuer says, the university never had a formal bathroom policy. Instead, she says, Pitt officials dealt with concerns about the use of restrooms on a case-by-case basis.

That's what happened late last year at the Pitt-Johnstown branch campus, where a transgender student who identifies as male was expelled for using the men's locker room.

The ADPC unanimously passed a resolution in February charging that the expulsion violated Pitt's anti-discrimination policy. The committee also stated that students should be allowed to use bathrooms that match the gender with which they identify, and asked for a specific policy regarding bathroom usage for transgender people.

It got that policy during a March 20 ADPC meeting, when a university official representing Pitt's HR and legal departments informed the committee of it. Transgender people, the official said, are prohibited from using bathroom facilities of the gender they identify with, unless they furnish a birth certificate matching that sex.

University officials have not been eager to discuss the policy. Even the official who disclosed it to the ADPC, for example, has not been identified; ADPC members say the person requested to remain anonymous. Robert Hill, Pitt's vice chancellor of public affairs, declined to directly respond to an emailed list of questions about the policy. Instead, he emailed a statement that Pitt's non-discrimination policy, as applied to restrooms, means that a student or faculty member can use the bathroom of "his or her declared gender identity after he or she has obtained a birth certificate designating the declared gender."

"This does not represent a change in policy," the email continues. "Rather, it is an articulation of a longstanding University practice."

Rayden Sorock, a local advocate for transgender rights, says the policy is problematic for several reasons. For starters, changing the gender on a birth certificate requires sex-reassignment surgery, which is very costly and not always desired by transgendered people.

"[The policy] assumes that people want to change their bodies, and that they can afford to," says Sorock.

Feuer says the University Senate is forming a committee to look into Pitt's bathroom policy. In the meantime, she says, the ADPC is still trying to discuss the matter with university officials.

As for Lombardi, she has no plans of using the men's bathroom.

"For my own safety," she says, "I have to continue to use the same facilities."