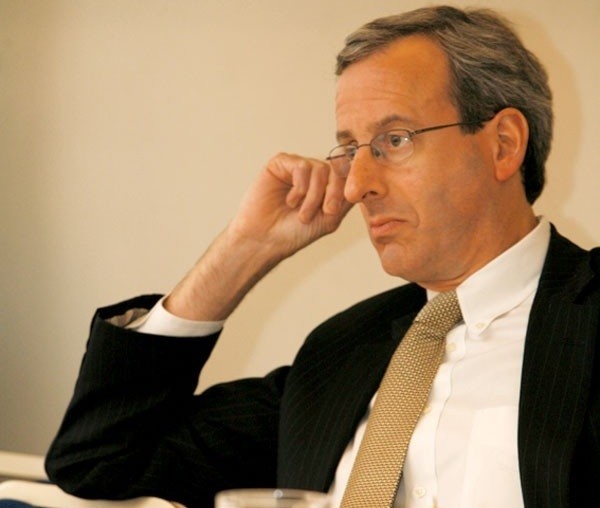 CP: File photo Heather Mull
Dan Frankel
Shortly after the Pennsylvania state House passed a bill that would ban abortions based on prenatal Down Syndrome diagnoses, a Pittsburgh state lawmaker who voted against the bill received offensive hate mail.

According to the Penn Capital-Star, State Rep. Dan Frankel (D-Squirrel Hill) was sent an email with graphic black-and-white “images of victims of the Nazi death camps” alongside images of “what appear to be the bodies of dead fetuses.” The Capital-Star also reported that the email with images was to all 76 state lawmakers who voted against the bill.

Frankel, who is Jewish, was appalled by the emails. He excoriated comparing a vote against an abortion-restriction bill to the Holocaust.

Your passion for an issue does not give you access to this universal example of evil and suffering to make political points. That email was vile, offensive and untrue, and the organizations responsible for it should apologize.


Frankel joined 75 other state Representatives to vote against the bill (HB 321), which passed by a 117-76 margin. Democrats were mostly against the measure, and Republicans for it, but some Republicans joined the dissenters and 15 Democrats supported the measure, including five whose districts are in Allegheny County.

The Penn Capital-Star obtained the email, which was sent from the Scranton chapter of Pennsylvanians for Human Life and included text that read: “We are saddened to hear that you voted no on HB321; which states, exception to prohibit aborting the child solely due to a prenatal diagnosis that the unborn child has down (sic) syndrome. We are committed to protecting the life of the born and unborn child. This is a holocaust (sic) that we taxpayers should not be funding.”

The Anti-Defamation League, an anti-hate organization, sent a letter to the statewide office of Pennsylvanians for Human Life calling the email "historically inaccurate, inappropriate, and offensive." The ADL letter describes the email as superimposing text “HOLOCAUST VICTIMS, 1940’S, 6 MILLION,” over images of numerous dead bodies, as well as an image of dead infants in a bag superimposed with the text “ABORTION VICTIMS, 1973 TO PRESENT, OVER 60 MILLION.”

Nancy K. Baron-Baer of ADL Philadelphia wrote that "such analogies – and the inexcusable intimation that abortion in the United States is ten times more horrific than the worst genocide of the 20th Century – belittle the memory of the millions of Jews and others victims of the Nazi regime."

This isn’t the first time that anti-abortion groups have compared pro-choice advocates to Nazis. Pennsylvania House Speaker Mike Turzai (R-Marshall) is openly anti-abortion and recently said that those in opposition to the Down Syndrome abortion ban were “like the Nazi regime.”

Frankel tweeted today that the email was “horrendous” and was a blatant attempt to demonize reproductive rights advocates and the doctors and health-care professionals who serve the community. He asked for an apology.

An email obtained by Pittsburgh City Paper shows the Scranton chapter of Pennsylvanians for Human Life sent to Frankel on May 17 read "It has come to our attention that the email and images we sent to you on Thursday were found to be offensive. We sincerely apologize for any offense taken. Please understand that none was intended. We regret very much any pain that this may have caused. You can be assured that this will never happen again."

Frankel tweeted that this apology was pathetic.

“By conflating abortion care with genocide these individuals and groups create an atmosphere in which real atrocities can take place,” said Frankel on Twitter. “The apology this group sent was pathetic and insulting lacking in any self awareness or compassion. Shameful!”

You can disagree with someone’s vote on an issue, but there is absolutely no excuse for this type of behavior. The hate and anti semitism needs to stop. I stand with my colleagues and condemn this behavior. https://t.co/tOTZgI7dby