ModernFormations' 10th-anniversary show is a vivid cross-section of local artists.

Perhaps the strongest motif is a sort of wry sylvan melancholy. 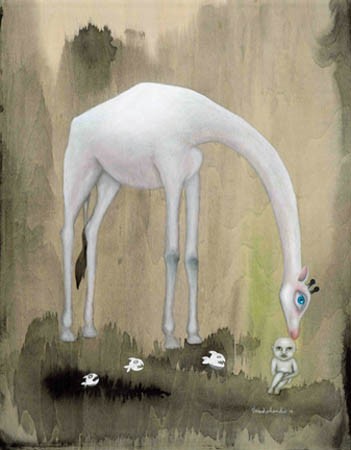 Per square foot, arguably no venue has promoted Pittsburgh-based artists in the past decade more energetically than ModernFormations Gallery. The Garfield storefront's 10th-anniversary show, ret-ro-spec-tive, is a vivid cross-section.

Both the anteroom and the larger, distinctively purple-walled back chamber display works previously exhibited there by 57 artists, including winners of the annual Spring Salon. Owner and curator Jennifer Quinio's openness to up-and-coming artists often places ModForm ahead of the curve. Mike Budai, with his balloon-creature whimsy; Seth Clark and his studies of urban decay; and Masha Vereschenko and her dreamlike visions are among those who've gone on to bigger names and bigger venues. 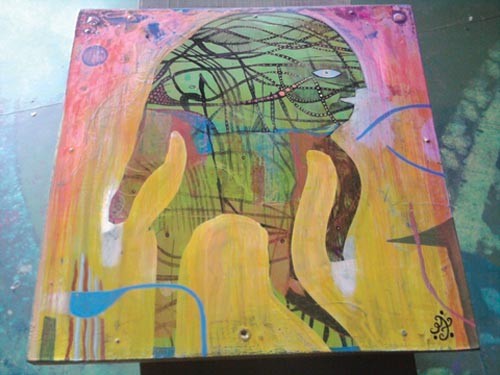 Most of the work in ret-ro-spec-tive is two-dimensional. Exceptions include Talman Charters' pleasingly macabre "Spine Lamp" and one of Jeff Shreckengost's gorgeous handmade electric guitars. Likewise, most work is representational, but standout abstracts include Josh Tonies' graphically inclined "Morie Borealis"; Carolyn Wenning's passionate "Deep Red Bells"; and Aimee Manion's "Trying to Get to Somewhere, Somehow," a juggle of ladders floating amidst a cloud-like color-riot.

Perhaps the strongest is a sort of wry sylvan melancholy. Such works depict people occupying creatured woods, tentatively and symbolically facing "Adolescence" (Mike Ninehouser) or perhaps shattered relationships, as in Ashley Andrykovitch's "It's Like You're Dead to Me" and Christian Breitkreutz's "Could Not Save This Love," the latter featuring two doctors confronting a huge bleeding heart on a split tree trunk. Jesse Best's mixed media on wood "Gutter Boy" depicts a jet soaring over pine woods, while hands below proffer stylized diamonds.

More wrenchingly, in Ryan Emmett's "The Failure of Human Instincts," a skull-headed deer-man grasps his own antlers -- not to take himself by the horns, but simply to keep from shivering to pieces. 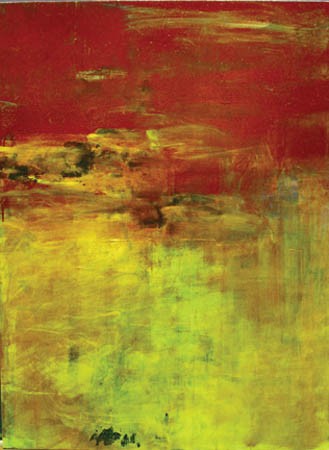 Two of the most distinctive stylists from the ModForm scene also mine this vein. Andy Kehoe's "Welcoming the Young and Innocent" finds a woeful mature acorn taking two younger seeds in hand. Meanwhile, brother Ben Kehoe's "Bad First Impressions of Land" depicts a foreboding shore where a primly suited bipedal frog confronts a black-garbed assassin with a hook and a knife for hands. Only the viewer wins.