A new book explores a 118-year-old bicycling mystery with its roots in Pittsburgh. | Pittsburgh City Paper

A new book explores a 118-year-old bicycling mystery with its roots in Pittsburgh. 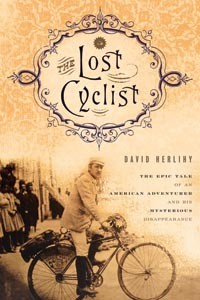 If you think biking in Pittsburgh is difficult these days, consider the travails of 19th-century wheelmen. The roads were as illogical as they are now, and the ever-more-popular Belgian blocks used for paving were scant improvement over unpaved roads.

Standing apart from the early cyclists of Pittsburgh was German-American Frank Lenz, who came to fame as champion racer and captain of the Allegheny Cyclers. By day a bookkeeper at a local bronze works, as well as a skilled photographer, Lenz would be subsumed in the wanderlust that transformed many into itinerant adventurers. 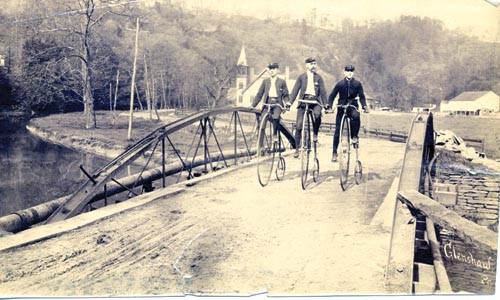 Lenz, at right, and two fellow Allegheny Cyclers cross a bridge in Glenshaw.

Departing Pittsburgh in May 1892, he traveled westward, seeking to circumnavigate the globe by bicycle. By the spring of 1894, he had successfully crossed China, India and Persia. He would disappear in Kurdistan (now Eastern Turkey, but then still part of the greater Ottoman Empire). In The Lost Cyclist, author Frank Herlihy weaves several stories beginning with Lenz's early career and leading to his quest to cycle the world.

Also recounted is the story of fellow cyclists William Sachtleben and Thomas Allen, who even as Lenz set off were completing their own eastward bicycle trek around the world. The book culminates with Sachtleben's return to the Near East to look for Lenz, solve the mystery of his disappearance and seek justice for his murderers.

Lenz's ride almost didn't happen. Just weeks before his departure, Herlihy notes, Lenz had a "near experience with death" in typical Pittsburgh fashion. Speeding down Fifth Avenue on his bike, he struck a rut and was thrown in front of a cable car coming at full speed; the experience left him shaken. (The cable cars might be gone, but the more things change ...)

The late 19th century was epochal in the development of the bicycle, and Herlihy brings to Lenz's story  knowledge from his earlier book Bicycle: The History. More specifically, Lenz's story provides a rare glimpse into the early history of bicycling in Pittsburgh. The period also marks bicycling's transition away from the high-wheeled "ordinary" bicycles that were then de rigueur to the "safety" design that remains the standard today. (The transition was controversial: Debates over which design was best would rival the great Mac/PC divide today. And Lenz himself was an ardent high-wheeler until "converted" as a condition set by the sponsors of his trip.) 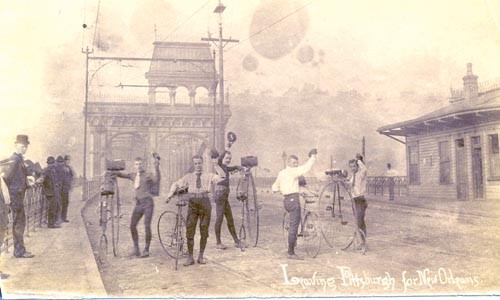 Lenz, at left, stands next to Charles Petticord on the Smithfield Street Bridge in August 1891, as they depart for New Orleans.

Meanwhile, many contemporary journalists noted that Lenz's journey was foolhardy in the extreme. Indeed, the idea that an unaccompanied cyclist could traverse the globe represents a hubris that at the time may have been uniquely American. In its review of Herlihy's book, The New York Times describes the entire endeavor as indicative of the "cluelessness, recklessness and luckiness" of American travelers in general. (Still, and ironically, Lenz and other globe-trotting cyclists may have just been paving the way: In just 15 years, Teddy Roosevelt would send the Great White Fleet around the world with its much larger, boiler-fed, stick.)

Indeed, Lenz's naivete about the magnitude of the challenges before him may have been his undoing. At an impromptu press conference as he set off, asked about the dangers he would face, he said only that he "might have trouble in China and Turkey, the two countries most difficult to tour in." Asked whether he would make it back, he confidently pointed out, "I have never encountered anything yet that I have not overcome."  With that he pedaled past the already extant Kaufmann's clock, never to return.