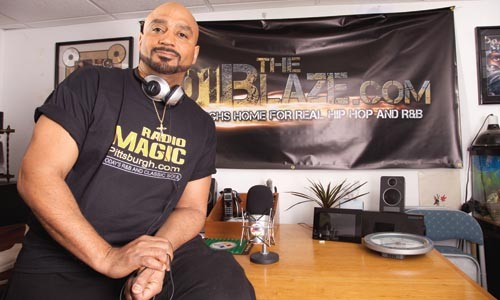 The historic station, largely considered Pittsburgh's most important outlet for the black community, has been gone for more than six months. But even as some people try to replace it, others wonder what its legacy really was.

Sheridan Broadcasting -- owner of WAMO-FM, WAMO-AM and WPGR-AM -- arguably buried the city's urban radio presence in September 2009, losing its three stations after selling them to St. Joseph Missions, of Westmoreland County. Instead of broadcasting hip hop, R&B and news of the black community, the new broadcaster airs Catholic programming around the clock.

Exactly what Pittsburgh lost, however, has been disputed ever since the sale. While some say WAMO was a community asset, others argue that its programming had become increasingly predictable, and too focused on negative stereotypes of black life.

"[WAMO] meant an awful lot," says Constance Parker, first vice president of Pittsburgh's National Association for the Advancement of Colored People (NAACP). "As a minority community, we were able to tell our story."

The question is whether anything is going to replace it.

Black radio in Pittsburgh started small in the late 1940s. Back then, WHOD, a modest Homestead AM station, delivered black music and news. The station, which became WAMO-AM in the mid-1950s, launched the careers of famous radio personalities like Porky Chedwick and Mary Dee.

WAMO's heyday, however, came in the 1960s, during the civil-rights movement. The station broadcast news live from civil-rights rallies in the city.

"WAMO gave the movement a lot of energy," says Larry Glasco, a history professor from the University of Pittsburgh.

At the time, Glasco says, WAMO was at least as influential as The Pittsburgh Courier, the historic black newspaper. WAMO "was probably the most important media outlet that brought the black community together," he says. "It really resonated throughout the whole age structure of black Pittsburgh."

"It was a really narrow line they had to walk," he says. "They had trouble with that."

Complicating matters, according to Glasco, was the transformation of rap and hip hop themselves in the 1990s. "Gangsta" rap became increasingly popular, but its lyrics offended older black audiences. "Black music got more aggressive and created a generational gap," he says. "[WAMO's] market kept fracturing."

Talk radio, meanwhile, fell by the wayside. "In the '60s, '70s and '80s, they had really strong talk-radio programs that appealed to the community," Glasco says. "But as they tried to capture the youth market, they got away from that."

Whatever the cause of WAMO's loss, "The absence of a black station is a shame," says Tim Stevens, chairman of Pittsburgh's Black Political Empowerment Project (BPEP). "It's an embarrassment for a major metropolitan city."

"Some people can't afford CDs, so we listened to WAMO," says Shakira Allen, 15, of Wilkinsburg. Since WAMO went off the air, "I don't even listen to the radio."

Strong is the owner of East Liberty's Shadow Lounge/AVA club, which hosts a wide range of artists -- everything from hip-hop and reggae groups to soul and jazz performers. But Strong says the acts on his stages never had much chance of hitting WAMO's airwaves. Strong says the station stuck to "the same repetitive formula," focusing on songs with lyrics glorifying club life and selling drugs. "That's doing nothing for the community," he says. "Change the message.

"Just because it was there doesn't mean it was good," he adds.

Jasiri X, a local hip-hop artist and political activist, acknowledges WAMO's role in connecting the black community: He credits the station for helping turn out black voters in the last presidential election. But he understands why people resent the station's programming.

"As a black-owned station," says Jasiri, "they had a greater responsibility to play more balanced music."

Still, Jasiri wishes WAMO was still around. "You can always improve on it if it's here," he says.

Some Pittsburghers have turned to the Internet to fill the void.

"We wanted to give black radio back to Pittsburgh," says Ron Atkins, a former WAMO program director who has launched two Web-streaming "stations" online.

After realizing he didn't have the resources to buy a terrestrial radio license -- which can cost hundreds of thousands of dollars -- Atkins launched Radio Magic Pittsburgh (www.radiomagicpittsburgh.com) and 101 The Blaze (www.101theblaze.com).

Radio Magic plays classic R&B, a playlist geared toward an audience between the ages of 25 and 54. (It also features a Saturday talk show, hosted by the NAACP's Parker, featuring news and interviews about issues affecting the black community.) The Blaze, on the other hand, plays hip hop intended for a younger crowd, ages 18-24.

Since launching in September, Atkins says, The Blaze has taken off, reaching 150,000 hits. "Some people say we're the new WAMO," says Atkins. Radio Magic, however, has been slower to attract attention, receiving 10,000 hits since starting in July.

In a way, Atkins says the Web has advantages over terrestrial radio stations like WAMO. He agrees with critics who say his former employer "narrow-casted" its programming. On the Web, he says he can avoid the "cookie-cutter" approach to radio programming.

Joining Atkins on the Internet are some former WAMO colleagues, including DJ Boogie, who recently launched his own Web-streaming station at www.boogstown.com, playing hip hop and R&B. (Lynn Cullen, a liberal talk-show host who had a brief stint on WAMO-AM, now hosts a daily, one-hour Web-streaming talk show for City Paper.)

Robin Beckham, a former public-affairs director at WPXI, is also using the Internet to fill at least some of WAMO's void. After the station left the air, she created pittsburghurbanmedia.com to deliver news and entertainment to black Pittsburghers.

"We hope to do some part to help connect the community with news and information," Beckham says. For example, the site reported a judge's decision to dismiss charges against Jordan Miles, a black Homewood teen involved in a high-profile investigation after he accused undercover Pittsburgh Police officers of brutally beating him in January.

Others have also bid for a share of WAMO's former audience. In October, veteran broadcaster Eddie Edwards announced plans to buy WPYT-AM (660) and fill the station with news programming targeting black audiences. But he withdrew his application a month later after being hospitalized.

Efforts to fill in for WAMO, however, are still taking shape. WGBN-AM (1150) recently expanded its programming beyond just gospel music. Most notably, the station now features news from American Urban Radio Networks, a black radio network which produces 200 weekly programs for more than 300 affiliates around the country -- one of which used to be WAMO. WGBN also airs a nightly talk-show program with former WAMO host Bev Smith.

"They're looking to become the urban voice of Pittsburgh," says Stevens, of BPEP.

Donna Baxter says she was "crushed" when WAMO left the air in September. But her own Web site, The Soul Pitt, is an effort to provide a community forum for black Pittsburghers. And she says she's glad to see other efforts to take on WAMO's community role.

"We can keep the voice of the urban community loud," Baxter says. "You don't want the black voice in Pittsburgh to die."