Celebrating the work of Charles "Teenie" Harris and Njaimeh Njie 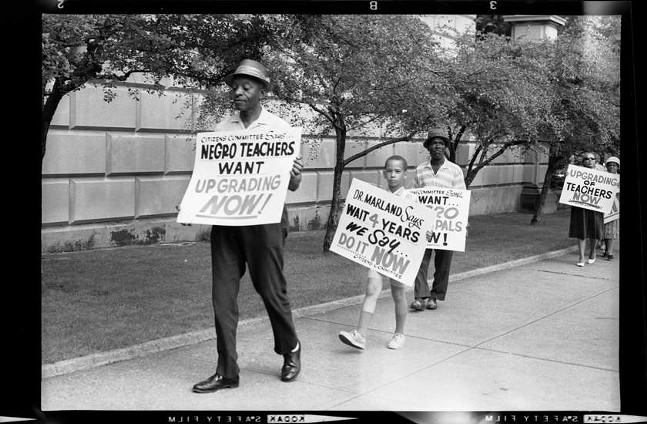 CP illustration: Xiola Jensen
The iconic black-and-white photographs left behind by Charles "Teenie" Harris are an important key to preserving the history of Pittsburgh's Black communities. Originally a photographer for the Pittsburgh Courier, one of the oldest and most popular Black newspapers in the United States, Harris not only documented news events, but captured slice-of-life moments, making sure Pittsburgh's Black neighborhoods and people were remembered.

Harris died in 1998 at the age of 89, but his memories live on through his life's work. In 2001, the Carnegie Museum of Art purchased his collection of photographs from his estate — nearly 80,000 negatives. What this means for all of us is that we can spend hours getting lost in his online archives, which we highly recommend. There are protest images, photographs of celebrities, men and women hanging out at the famous Crawford Grill, children playing on porches. Moments in time that will help Pittsburgh's past not be forgotten. 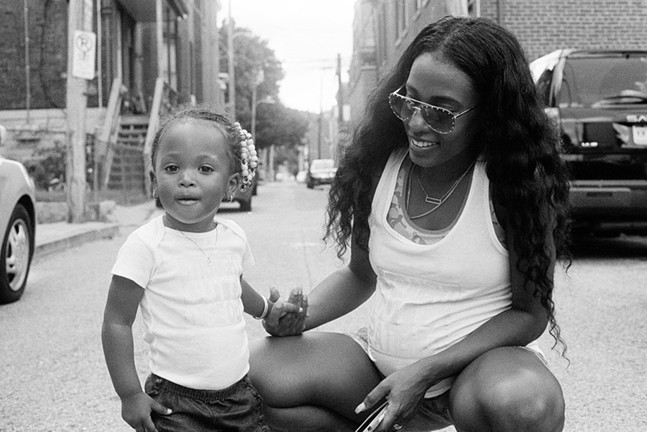 Photograph from Njaimeh Njie's 2018 Emerging Artist of the Year exhibition
In Pittsburgh today, there's another African-American photographer making history for the next generation: Njaimeh Njie, named Emerging Artist of the Year in 2018 by Pittsburgh Center for the Arts, is a photographer, filmmaker, and multi-media producer. Njie's photographs conjure similar scenes to the iconic ones by Harris: black-and-white images that introduce us to the struggles, and joys, of Black people in Pittsburgh.

Like Harris' collection, Njie captures protest images and has a strong social justice theme to her work. Her series "On the Daily: Blackness in a Changing City" is heartfelt and emotional, inviting us into the daily lives of neighbors. The loving look of a mother holding her child's hand; an abandoned store next to a yoga studio in one of Pittsburgh's once-thriving Black neighborhoods.

After looking through the CMOA archives, give yourself some time to explore Njie's website as well. Two different generations of Black photographers preserving Black memories. Something definitely worth celebrating.
© 2022 Pittsburgh City Paper