Yes, DiGiorno really did throw a weekend-long party in the South Side. 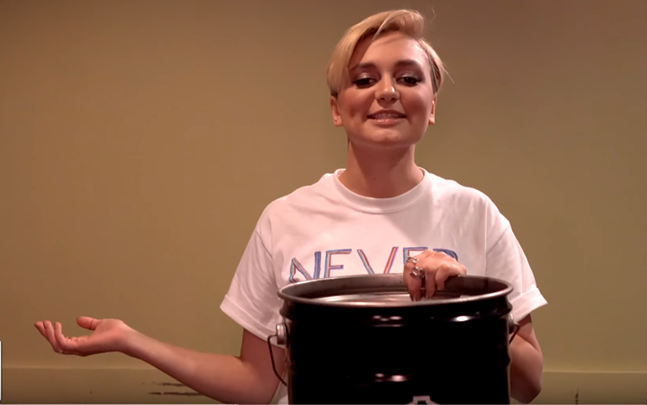 What if every time you listened to a certain song you could scream, "Hey! That's me!" to all your friends? Here's your chance ...


BE ON OUR RECORD!! We are recording party noises at this gig for a track on our forthcoming album! Come be a part of Mo Fo Ro Ro, sonically emblazoned for all of history!!!! January 26 at… https://t.co/mdt467XLC1


S/O to everyone who came out to the @jnick23 ‘Light Soul’ Release Party last night! Great music and good vibes 🔊🤟 pic.twitter.com/oNEhk8NSH7

@djshoe412 aka The Shoeman Being and @aunty_trs aka DJ Aesthetics had Junction jumpin’ last night.


Singer Brittney Chantele's birthday is on Feb. 5. This year, she is asking for donations to help her complete treatment for fibromyalgia.


You know @B_Chantele as an amazing, kind, and generous person. Well, this is a good way to give back to her. Help her get the fibromyalgia treatment she needs for her birthday!https://t.co/zTYLkCpwqA

Spare Change, a video series that works with local artists and businesses in support of , teamed up with pop-star Daya and WYEP to raise money for the Tree of Life. You can see the full video on YouTube.

much love to @WYEP, Tree of Life and @sparechange <3 https://t.co/IQtB8jDaao


What are you doing Feb. 3? The Alternative Souper Bowl has free music from 12-3 p.m.


The weird tweets and press releases on social media this weekend were not fake. There really was a DiGiorno House pop-up in Pittsburgh with free pizza, music, and ranch fountains, as well as a foam pit and appearance by YouTube celeb Kris London. On Friday there was an EDM event and Sunday attendees could watch football.

🍕 for free. Yes, that is a ranch fountain. Head to 3030 Jane to eat all the pizza at the #digiornohouse pop up. pic.twitter.com/V8XpJ7i7Ek

Don’t cry because it’s over, smile because it happened. Thank you @DiGiorno for the memories and the slices. January 11, 2019 - January 13, 2019. #DiGiornoHouse pic.twitter.com/SrBYnEvrqS

To pay homage to the legendary rock group, Stage AE and The Rex both have shows on Fri., Feb. 15 - Zoso - The Ultimate Led Zeppelin Experience and Led Zeppelin 2 "Celebrating the 50th Anniversary Of Led Zeppelin II," respectively.

Emma Bunton, better know as Baby Spice, took a photo on the steps used in the iconic "Wannabe" video. Fans quickly took to Twitter to share their photos on the steps.


My favourite place to visit, so nostalgic! My friend Simone & I met each other in 2001 after winning a competition to meet you, we’ve been friends ever since. Here we are years later on your wannabe step & our friendship is still going strong! pic.twitter.com/tWObyE95xl

TWINNING! The most special place! I had to visit when I came from New York! Can’t wait to see you and the rest of the @spicegirls at Wembley this summer! pic.twitter.com/qbZxvwfSHv


After 13 years, The Who fans are getting new music. The group confirmed an album due later this year along with a US tour, which is making a stop in Pittsburgh.

JUST ANNOUNCED: @TheWho is bringing their Moving On! Tour to @PPGPaintsArena on May 30th! Presales start 1/17 at 10am. pic.twitter.com/bH95Hb0Jz8


That's all for today. Check back next week for another edition of #musicmonday.
© 2023 Pittsburgh City Paper